Any Volvo fans on here?

I've had a number over the years (340, 240 saloon, 240 estate, 850 T5, V70 then another v70 across three decades) and now my boy has decided a 240 estate is the car for him to drive and learn to work on - which has got me reading lots. I was never that 'interested' in them, they just seemed a good car to drive but now I'm quite excited at the thought of getting one as a keeper.
Anyone else on here a fan?
D

Yes, had an XC60 new which we had for 7 years, PX last year for an XC90.
Been great with good build quality.
Even the tech is easy to learn.
S

My family have always had them, starting with a 240 estate, and then several iterations of V70.

I used a v70 inherited from my grandparents as a work car and it was great, I wish I hadn't got rid of it, I'd get another in a heartbeat if they weren't nearly all diesel, and liable to fall foul of the new emissions rules in Greater London.
G

But they are going all electric aren't they?

I've had 2 x V70s and loved them both. An invaluable resource for owners who like to do their own servicing or just want to reset the Service Reminder message is the owners club:- https://www.volvoforums.org.uk. There are some real technical experts on the various forums (or fora for the linguistic pedants :lol: ).

Dare I ask how many of you have flat caps? :roll:
C

From the level of "extras" Volvo used to provide, you were lucky not to get surcharged for an exhaust pipe.
J

I drove a company Volvo estate back in the 70s/80s. Probably a 240 or something. People were constantly asking me if I knew the lights were on.
I got such weird looks when I tried to explain that it was a safety feature that in the end I gave up, and used to say the switch was broken.

70s/80s? Was it rusty? I had an "R" reg. 245 that was rusty as an anchor within 18 months of being bough. Apparently Volvo had bought a huge amount of British steel that was rusty before it was ever used - all the rust came through from under the paintwork. Volve denied any responsiblility, saying it was caused by stone chips ....... hundreds of them including all over the roof and the side and and rear doors.

In the early 80's there were a lot of stories about volvo's state of the art "fly by wire" system being erratic and causing crashes.
I was involved in a very big crash then where a volvo rammed my vehicle, and was extremely lucky not to lose both legs, or most likely my life. By a fluke, I got out of the vehicle unmarked.
The volvo came at me around a curve in the road, and my luck was hearing the scream of locked up brakes, which made me look up and then curl into a ball sideways away from it as it ploughed into me.
The volvo estate was a write off with a twisted chassis, and the door side impact bars had jammed back into the side pillar and made the door impossible to open (now THATS a safety feature all right). The woman driver was unharmed but hysterical and we had to get her out through the other side door.There was a small child in the back, thankfully in a proper child seat so unharmed.
I helped the policeman measure up the scene after the traffic jam was cleared (small country town, back then things were different). In a 30 mph zone, on a dry road, we measured all four wheels locked up at 60ft long!
The woman claimed no idea what had happened, but got banned for dangerous driving anyway.
J

phil.p":1c95ll08 said:
70s/80s? Was it rusty? I had an "R" reg. 245 that was rusty as an anchor within 18 months of being bough. Apparently Volvo had bought a huge amount of British steel that was rusty before it was ever used - all the rust came through from under the paintwork. Volve denied any responsiblility, saying it was caused by stone chips ....... hundreds of them including all over the roof and the side and and rear doors.
Click to expand...

I don't recall any rust problems, but it was pretty much brand new.

Mine had them from new.
The rust in the tailgate was so bad the inner and outer delaminated so the door wouldn't shut or lock. My girlfriend at the time and I were passing the time (as you do when younger) in the back one night and both of us went straight out through the door. :lol:
W

I have had Volvos for some years now, a 240 estate, then a 940 estate, now a V70 estate, mostly for a work horse, not many cars you get could load with more than the Volvos, latterly to tug a caravan

I owe my life to a Volvo actually, albeit a Daf 66 type Volvo 66, in which I was a passenger 50 years ago last boxing day when a drunk driver slammed into us head on combined speed of 90mph, us at 30mph and them at 60+mph when they hit us

So yes, quite fond of Volvos really ;-) 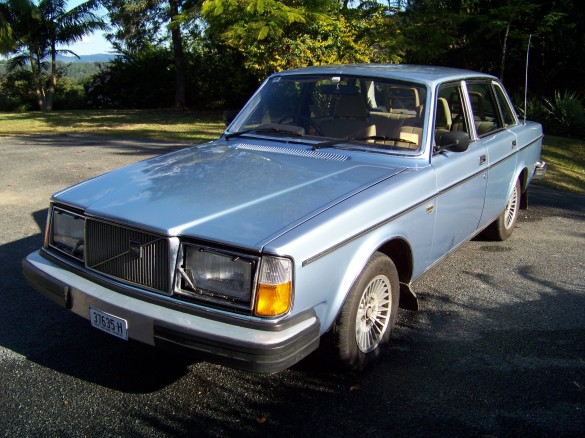 In 1999 I bought a new Mercedes 220 C class saloon Diesel
Still own it and use it often -- be driving to Liverpool in it this coming Wednesday
Other than a fuel leak; never been any problems 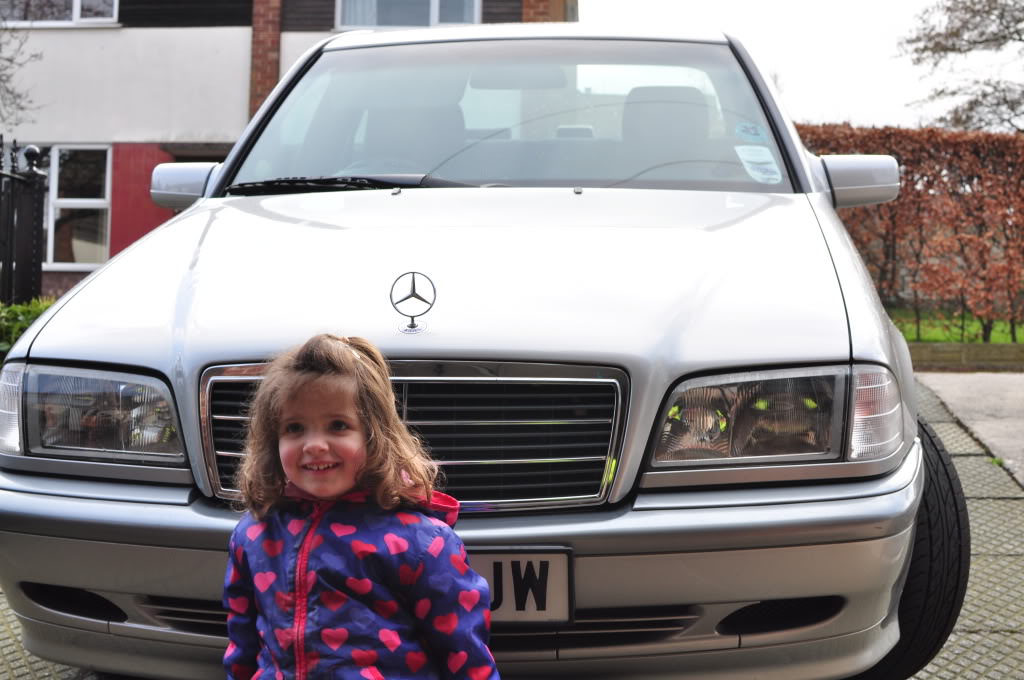 My 245 was a basic four cylinder. I got 17 miles to the the gallon no matter whether I was in town, fully loaded, empty, doing 90mph up motorways ... :shock:
C

Yep, I don't think it'll ever be used for regular commuting! It'll be a challenge for him to see how he can get it running/ driving as efficiently as possible, and only used for trips to the beach and things like that.
I didn't have any problems with rust on any of mine, but I have been reading comments about bad batches of steel - tho I guess that's true for most makes at some time or other?

I look back on a couple of the ones I had and wish I'd kept them, but that'd be a car to have kept as an investment!
H

In the sparsely populated inland parts of northern Sweden elderly Volvo 245 and 745 still to this day are considered the only proper cars. Easy to repair and decent spare parts availability. Very good on bad roads. Heavy enough to bore their way through snow drifts. Comfortable to drive long distances and surprisingly reliable even with over 300000 kilometres on the clock. The only downside is fuel consumption which is rather high.
They are fairly popular here in Finland too. Especially in the countryside.

The only known way of keeping the rust at bay on theese elderly cars is to give the underside a good oil spray with oil every summer in dry weather. There is a special sort of very thick oil intended for the crankcase of biogas powered diesels. It is so thick that you must heat it so some 40 degrees celsius to make it go through the air powered spray nozzle but once sprayed it is an excellent rust inhibitor.
Myself I am driving a 1984 model Opel Kadett E (called Vauxhall Astra in the UK). It recieves this treatment every year to refrest the Textyl coating on the underbody. There are holes drilled in it so one can spray oil into all nooks and crannies and once you have sprayed you put plastic bungs in the holes to keep water out. Every summer I sandblaster and paint the rust spots that I can find. I use two component car paint. The car is virtually rust free to this day though there are a few small welded repairs in it where the rust was discovered too late. None of them bigger than the palm of my hand. This model was infamous for rusting quicky and the climate on the coast of Österbotten is infamous for making cars rust.
You must log in or register to reply here.
Share:
Facebook Twitter Reddit Pinterest Tumblr WhatsApp Email Link