another flight of stairs

I have just looked back in an older edition of Part K of building regs and it clearly states in writing the going at the narrow end of tapered tread should be minimum 50 mm but shows the diagram saying 50 mm tread #-o. In the latest edition the only reference I can see to it is on the diagram people have already posted showing minimum tread width 50 mm.

I guess it has been amended for obvious reasons, I would interpret it as 50 mm tread width now as that is what it says and going is not mentioned.
J

Oh right - I hadn't missed that, thought there might be something elsewhere. Given those words are setting aside and replacing the standard going requirements, I think that is clearly intended as a statement that the requirements for tapered treads are those on the diagram (going on centre line, tread on inside). I don't think the two together can sensibly be interpreted any other way. But, it's not a law.

If your local BO disagrees, wind him by saying it's just guidance and not binding anyway. (Maybe not).

That goes beyond skill. I just love the photos and the way it progressed. Brilliant!
K

Have been wanting to post these for a while now, images of the completed flight 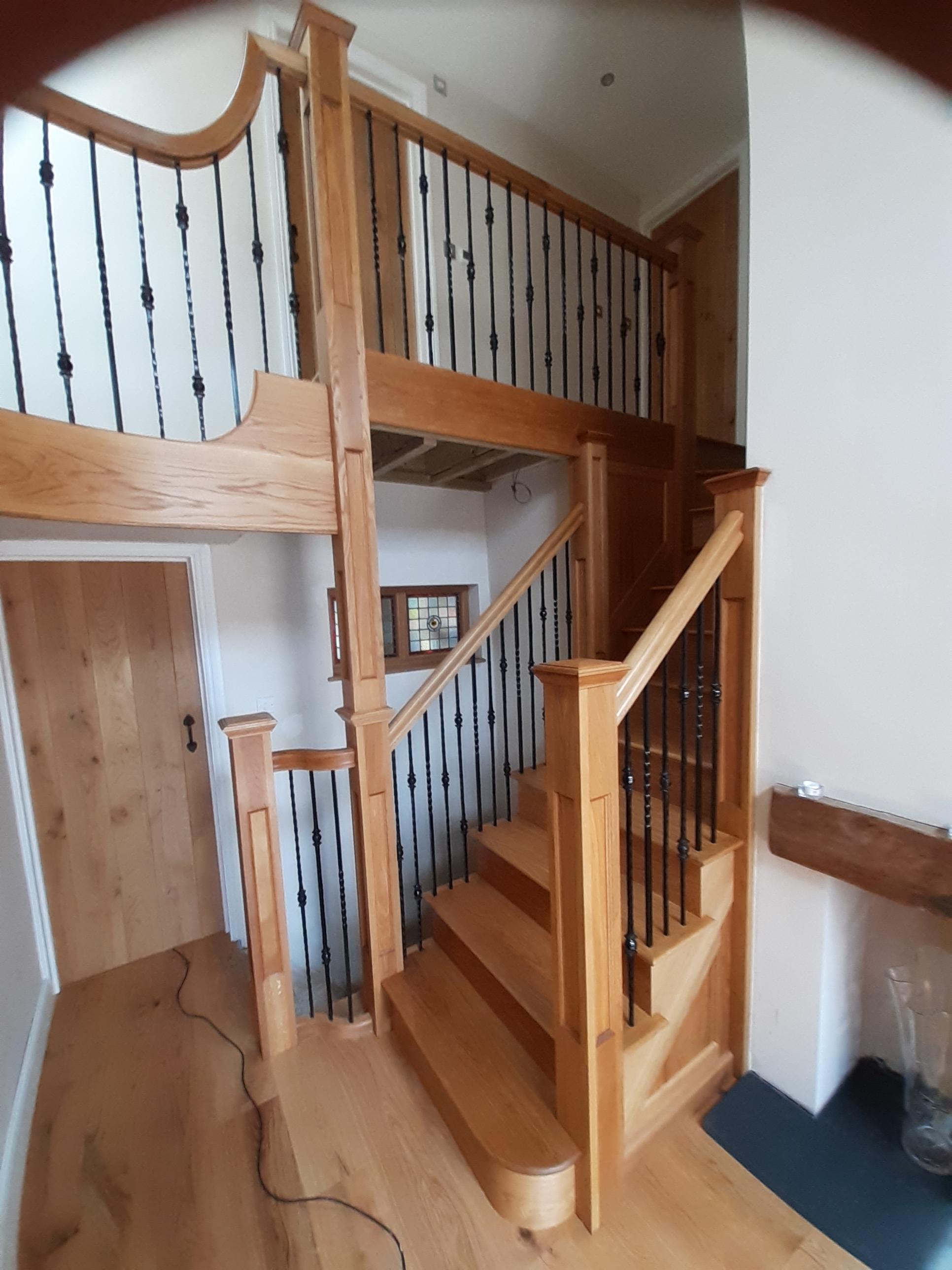 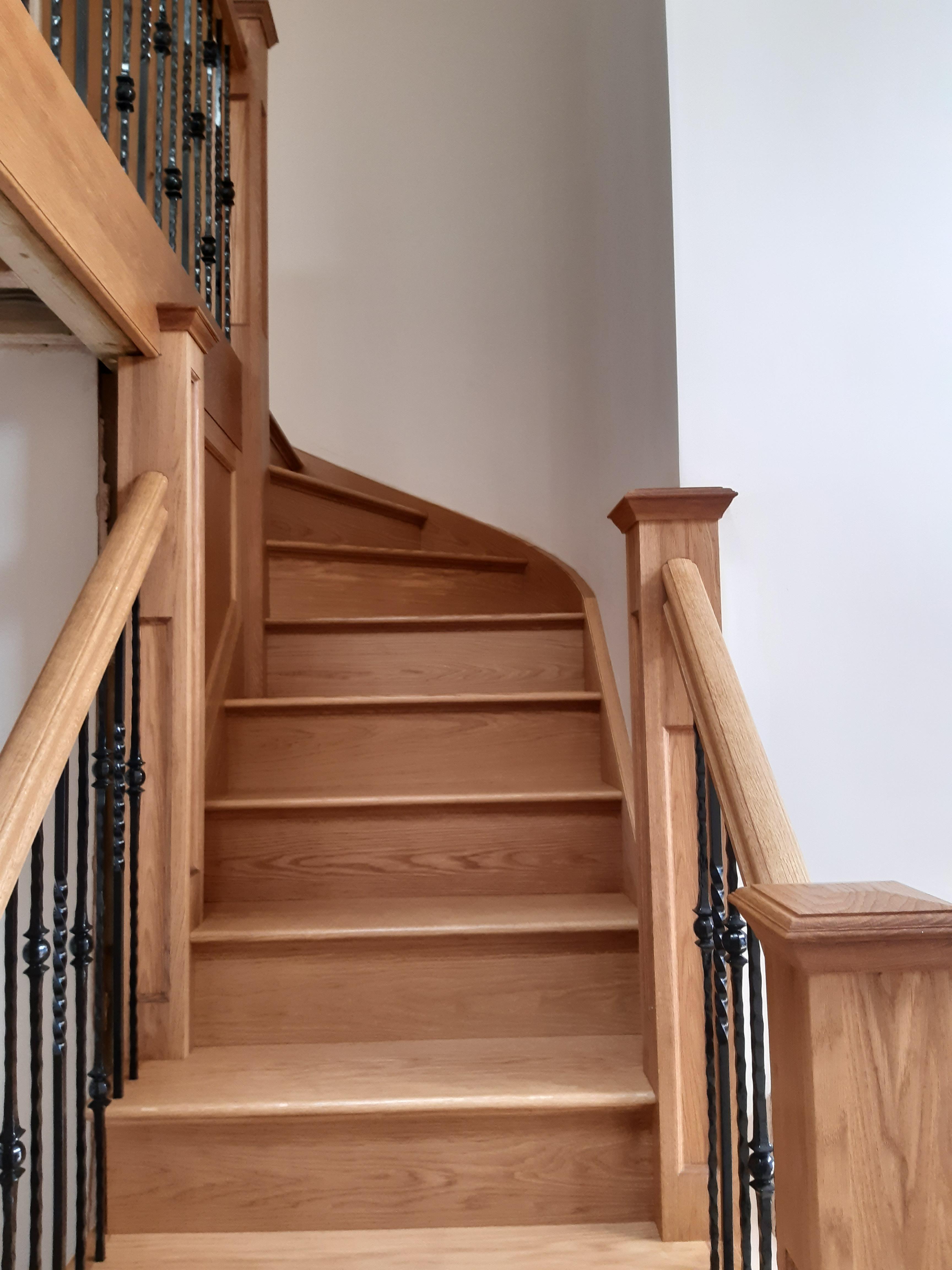 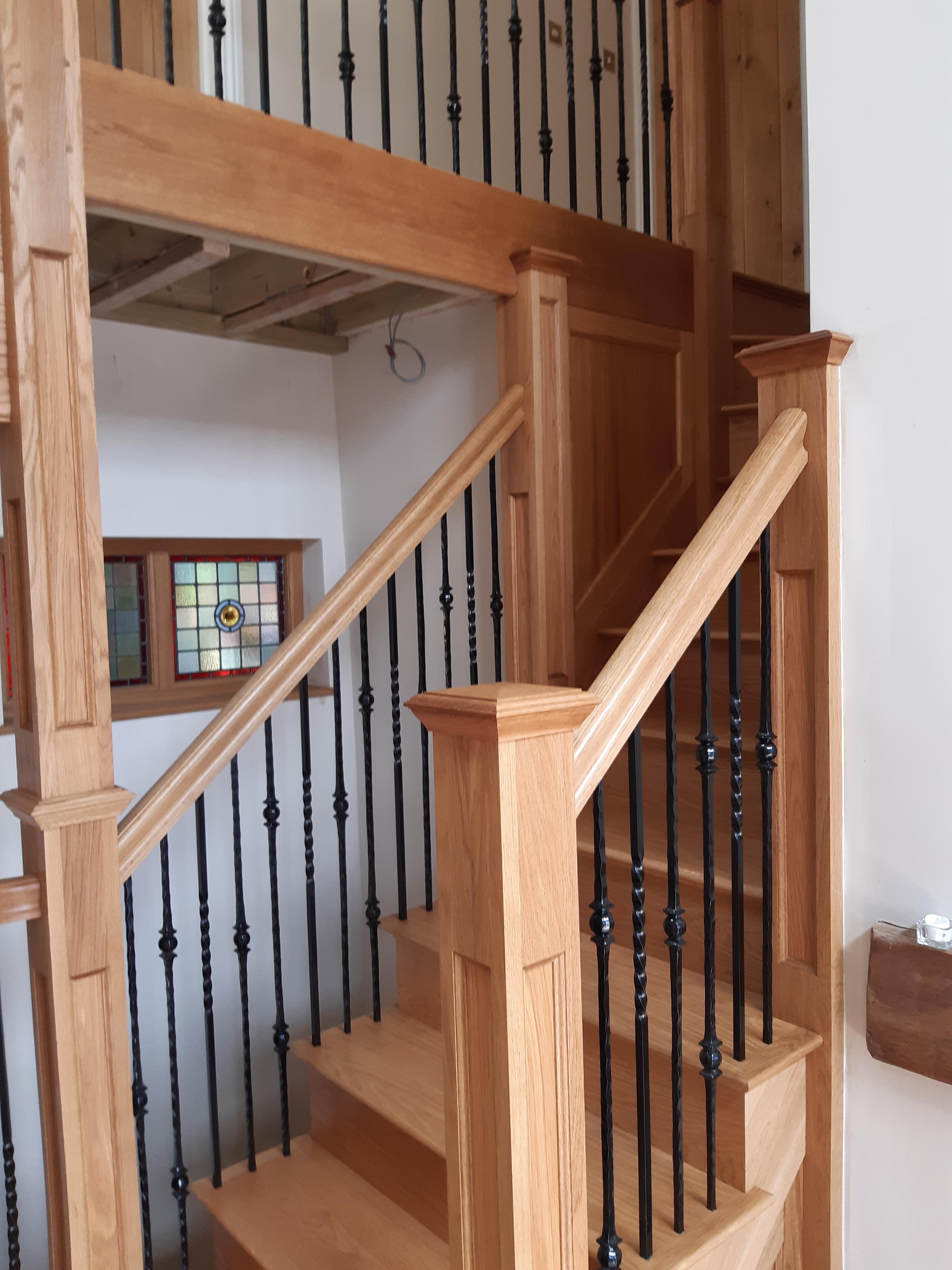 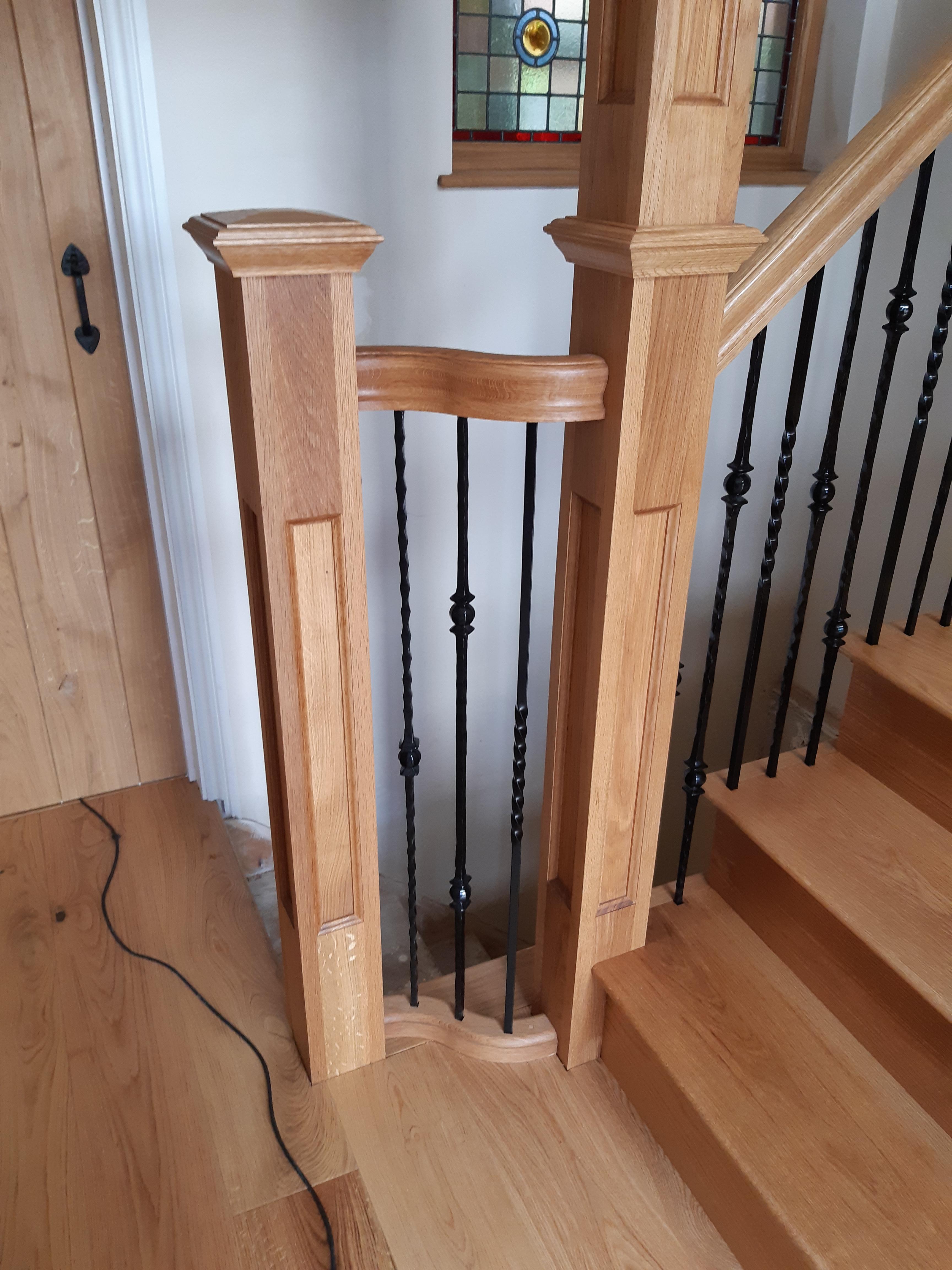 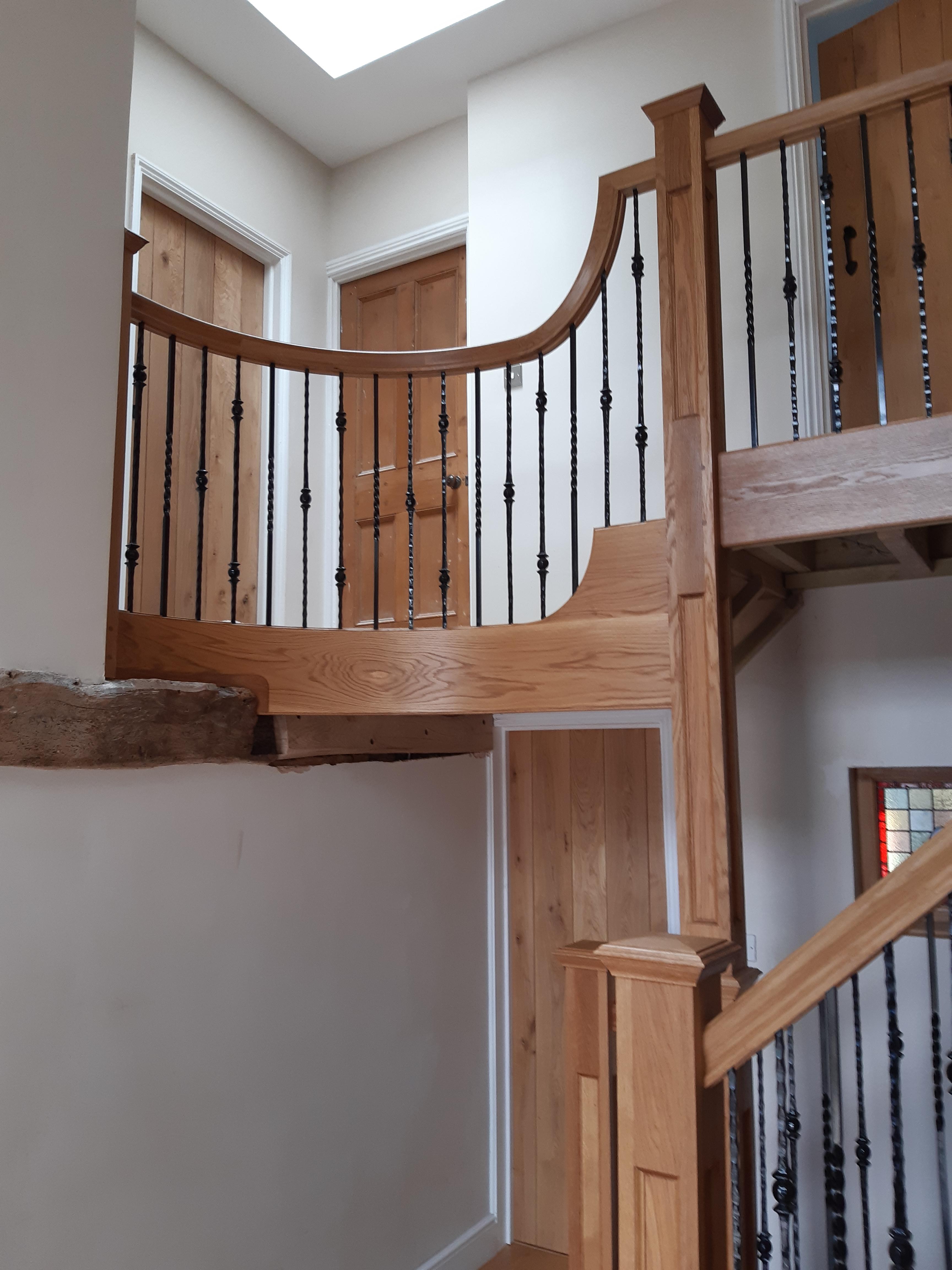 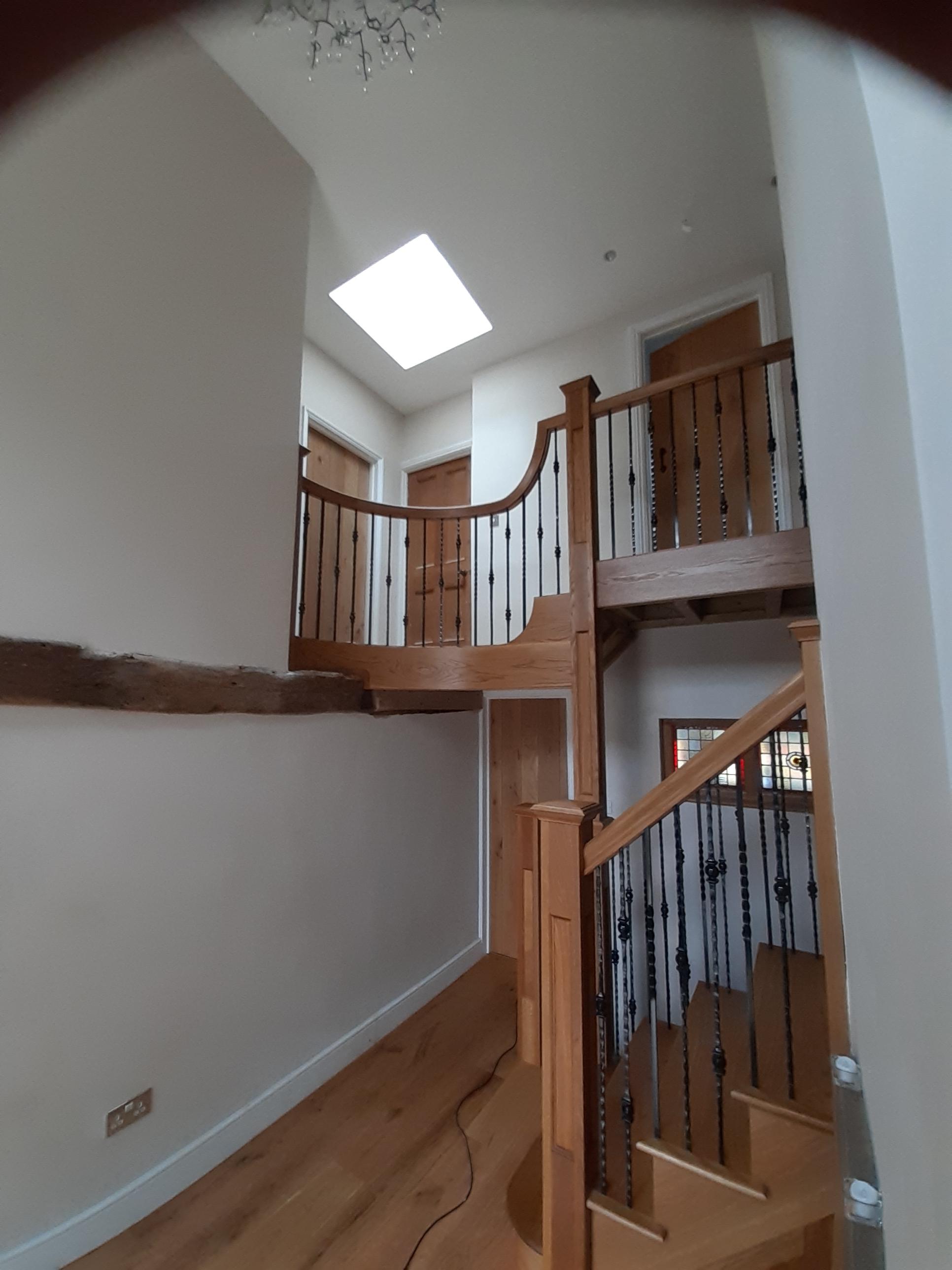 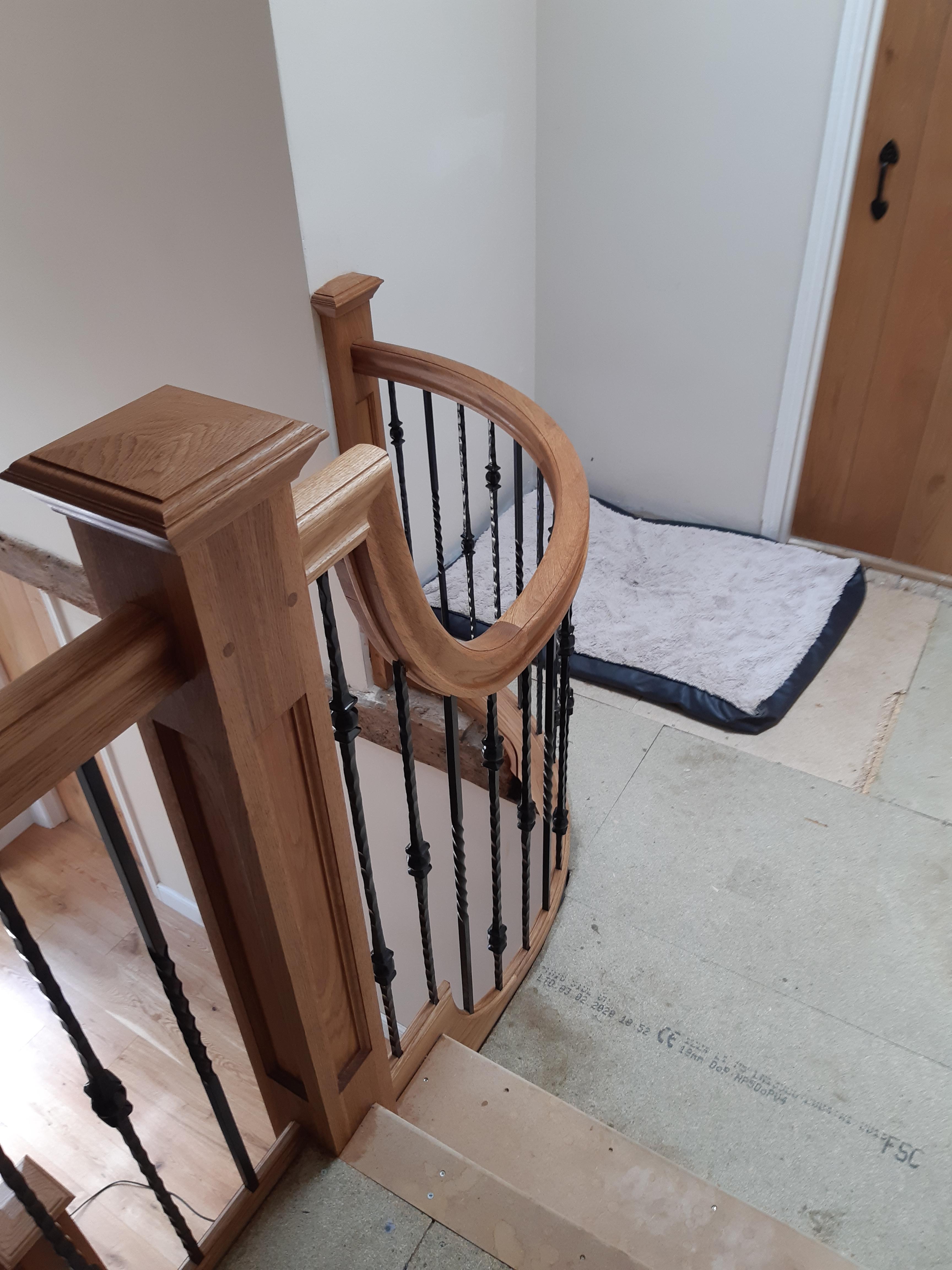 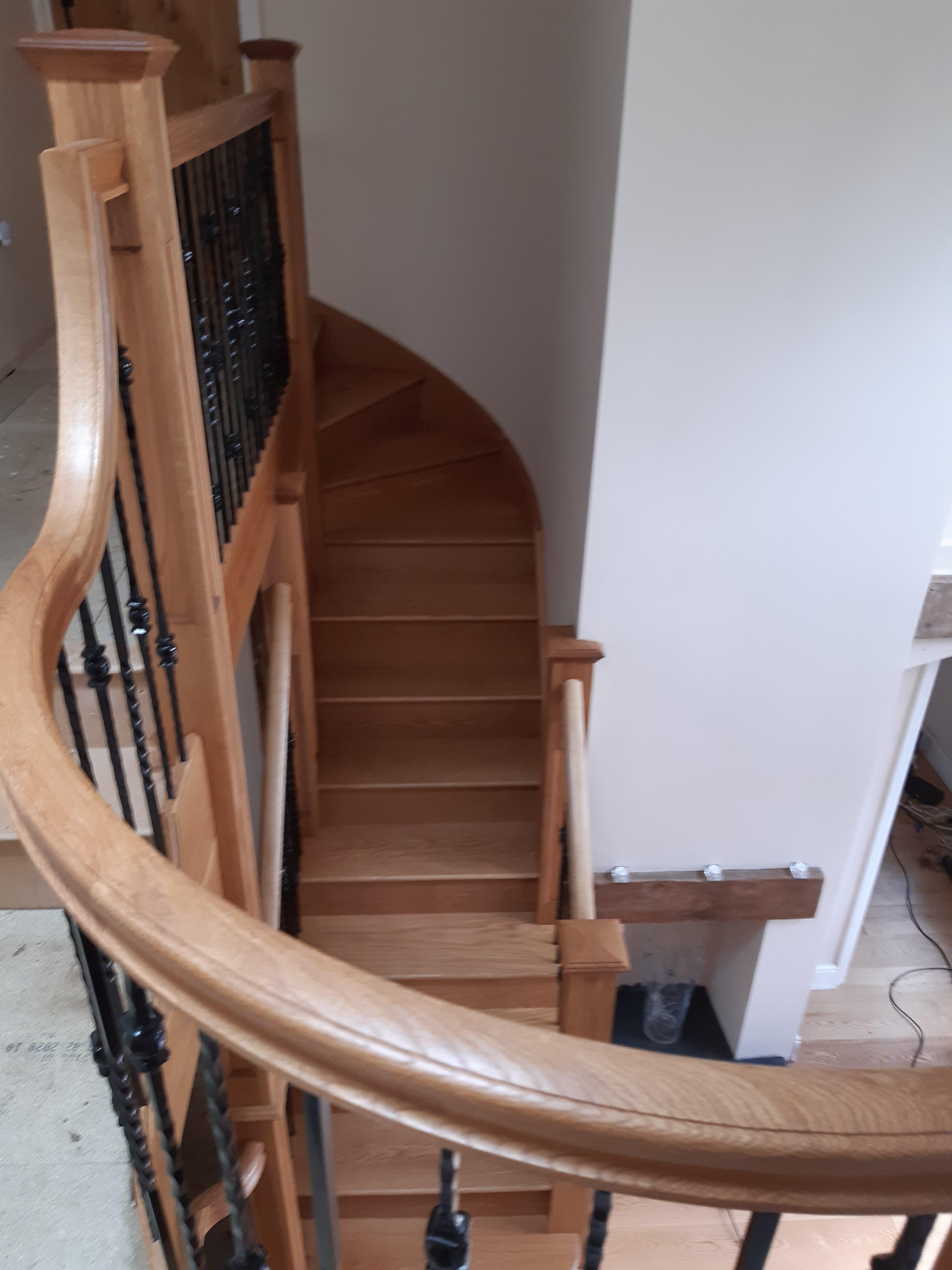 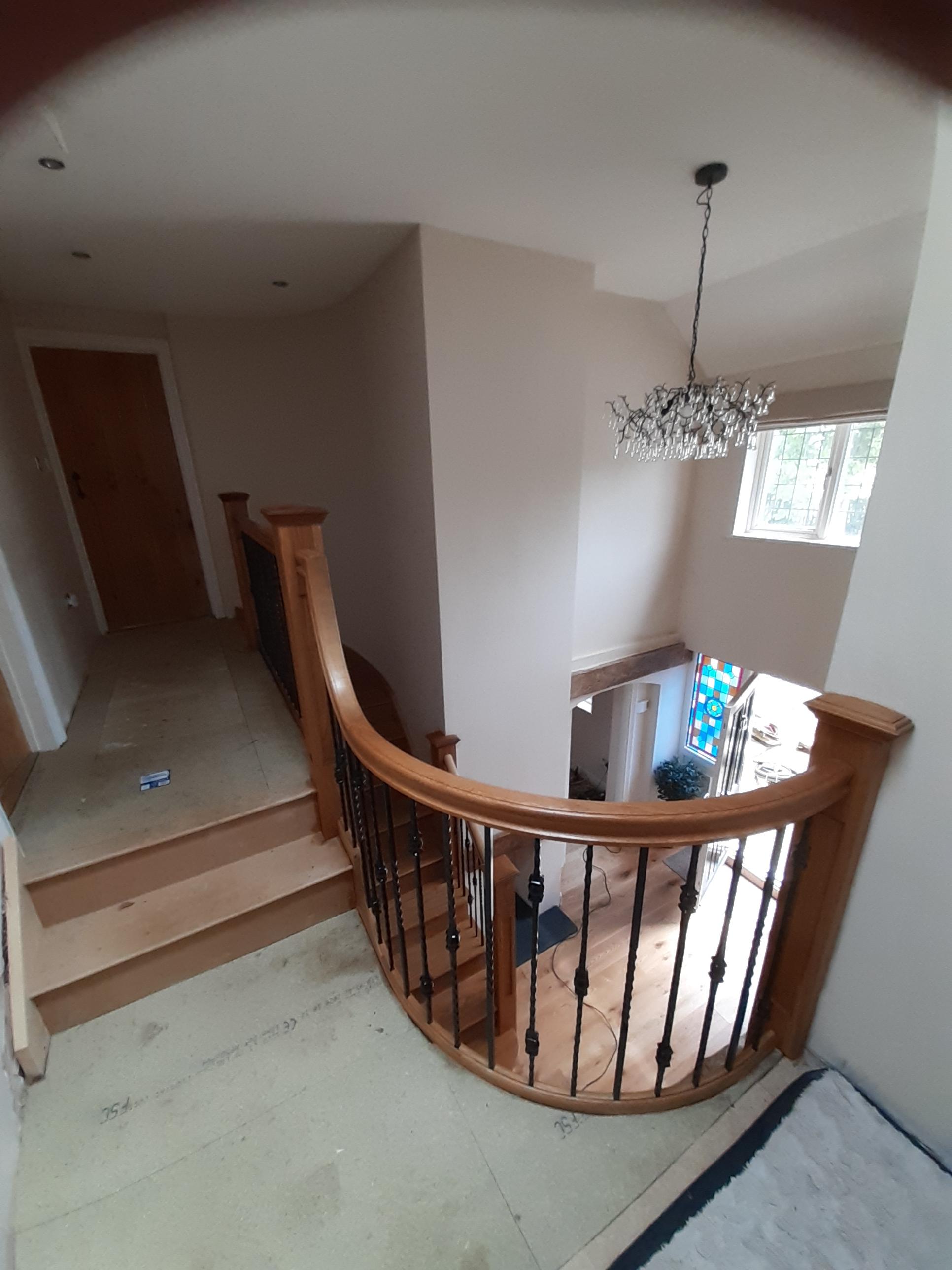 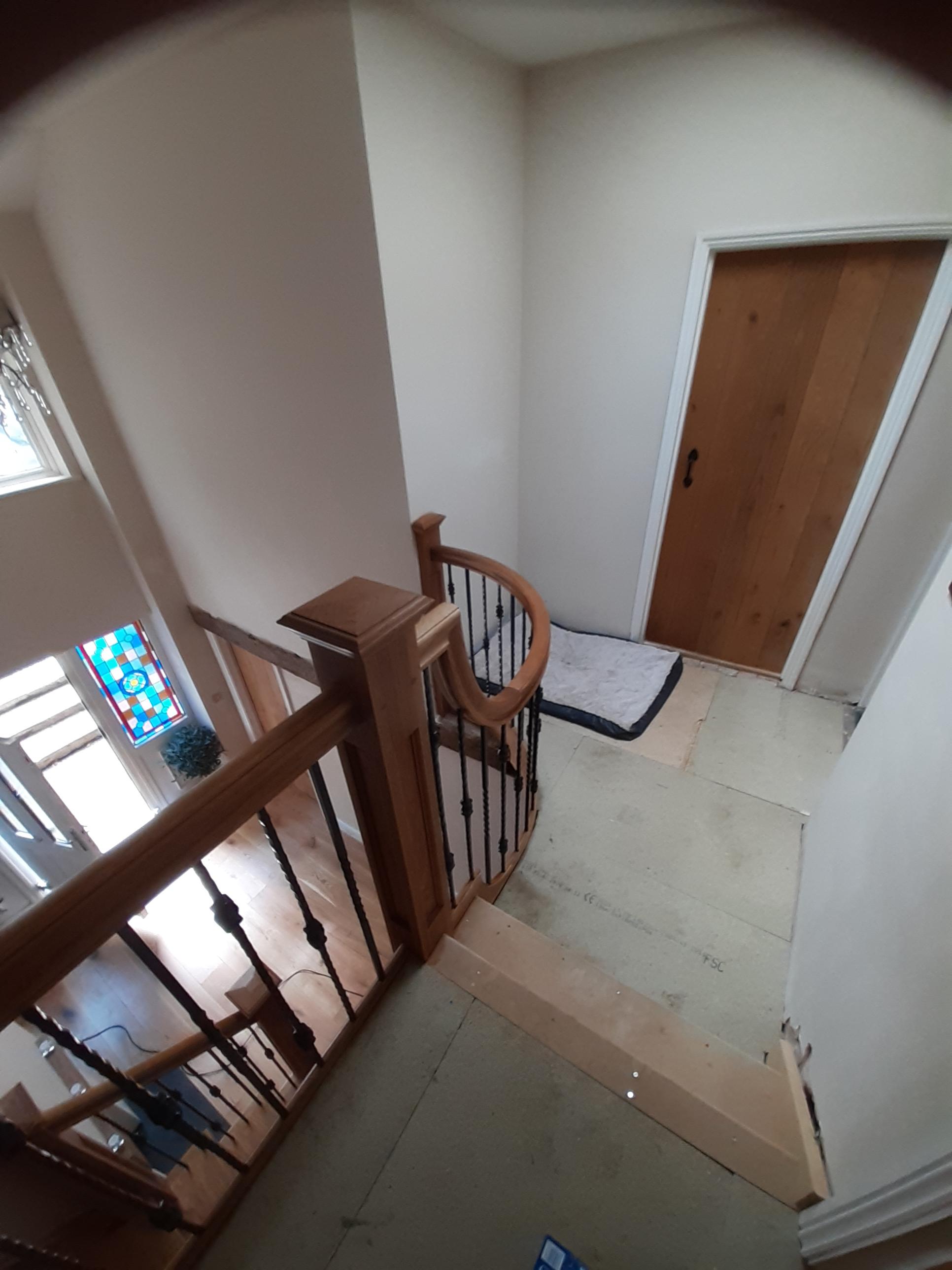 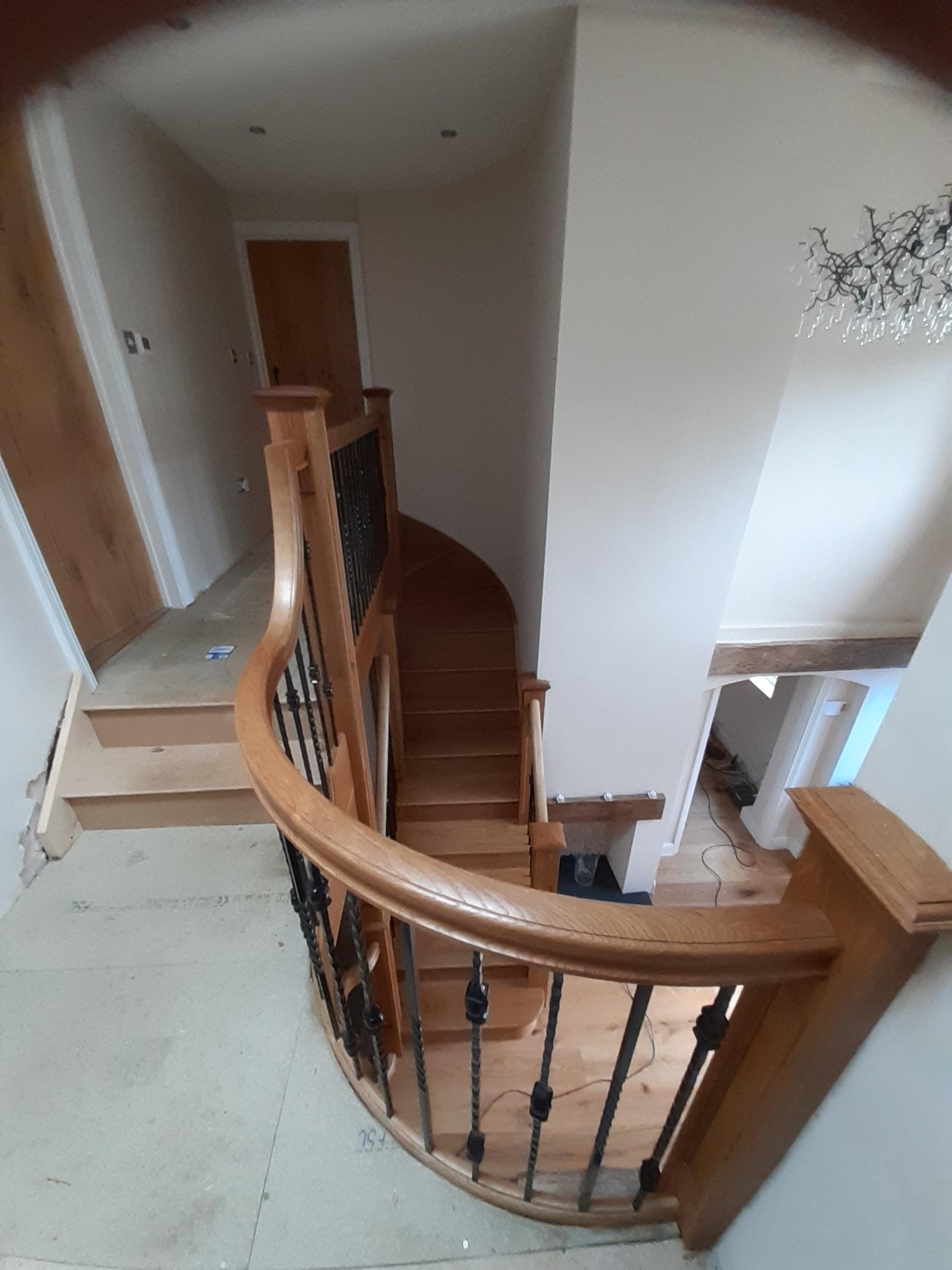 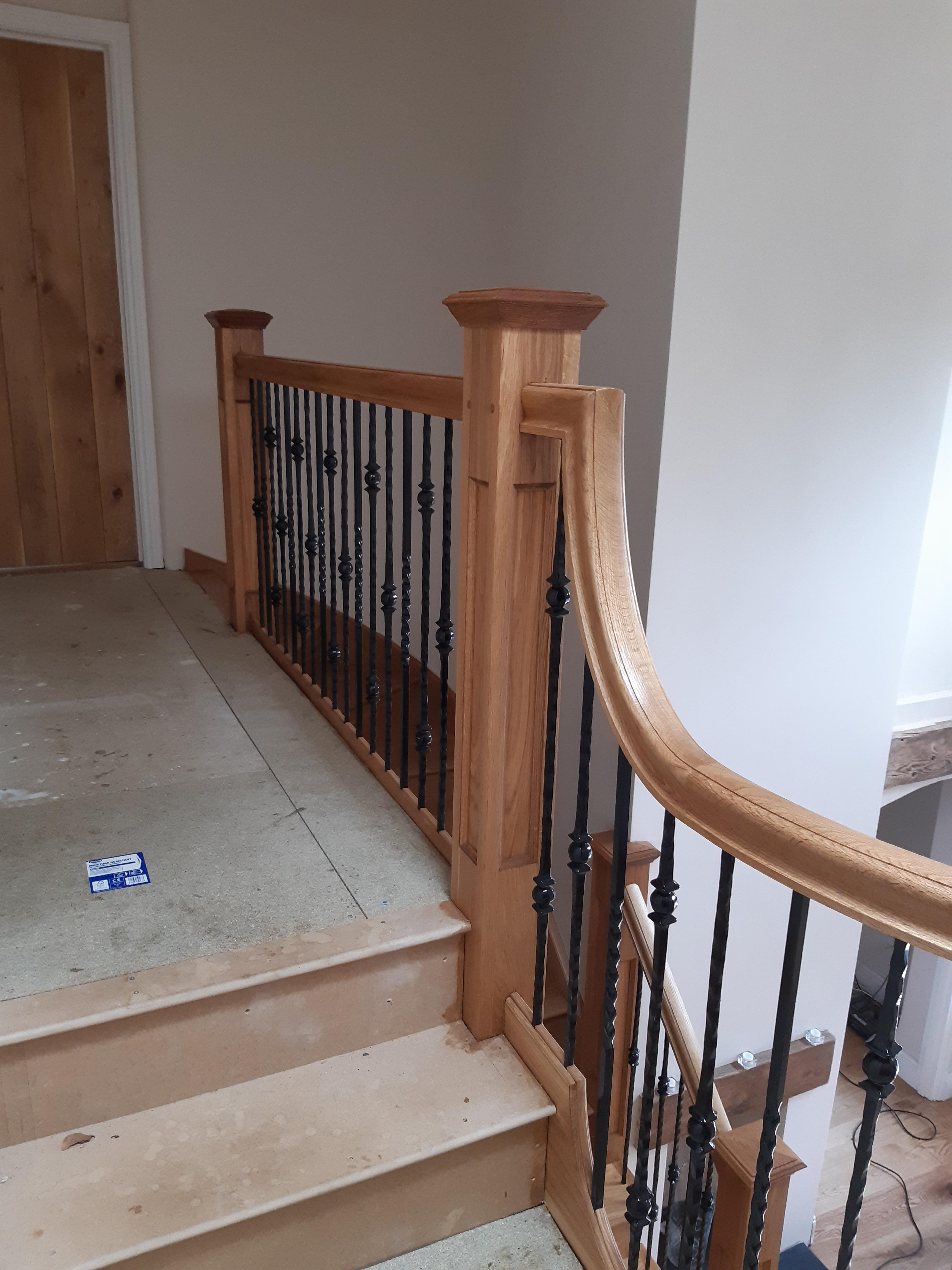 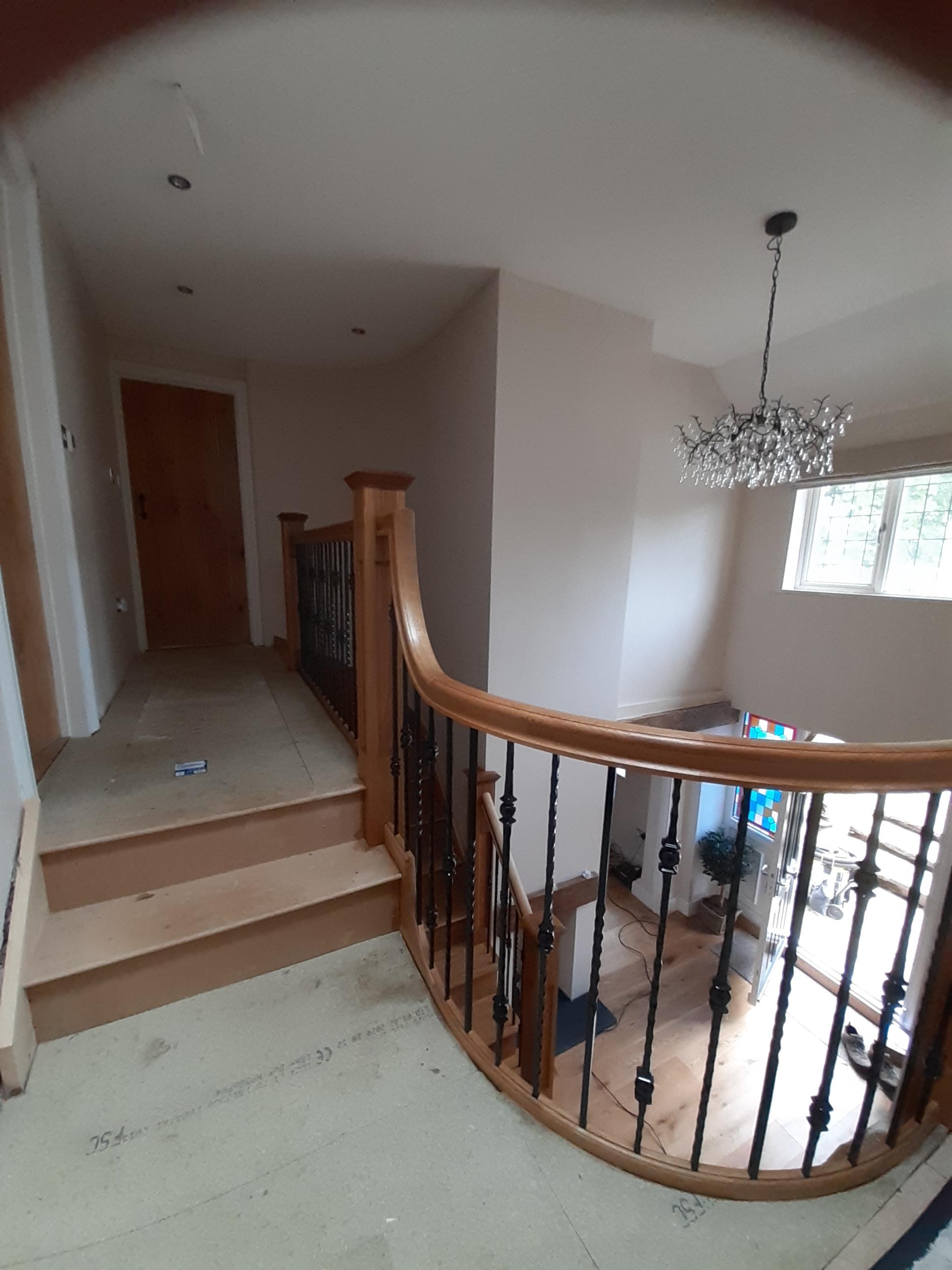 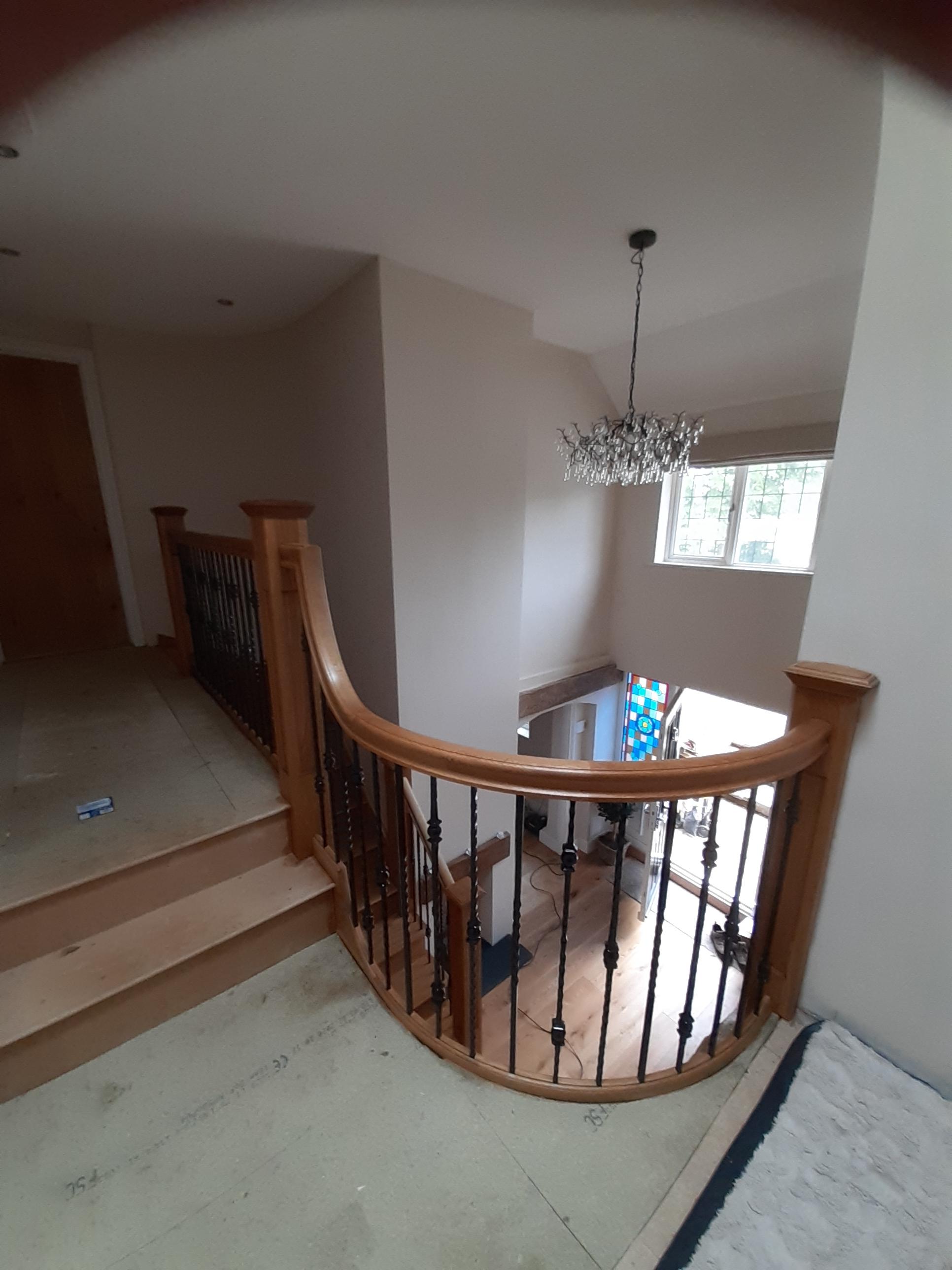 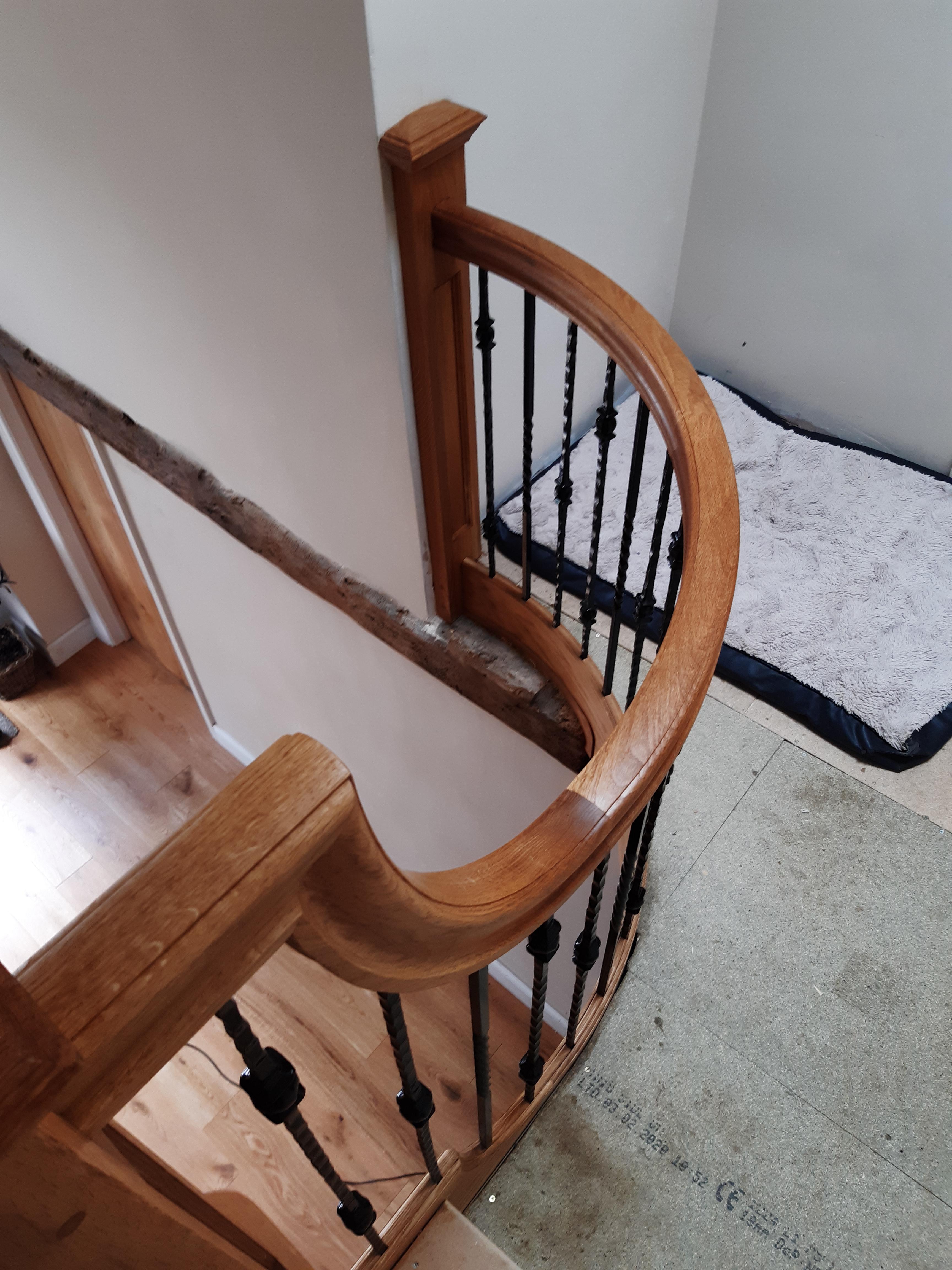 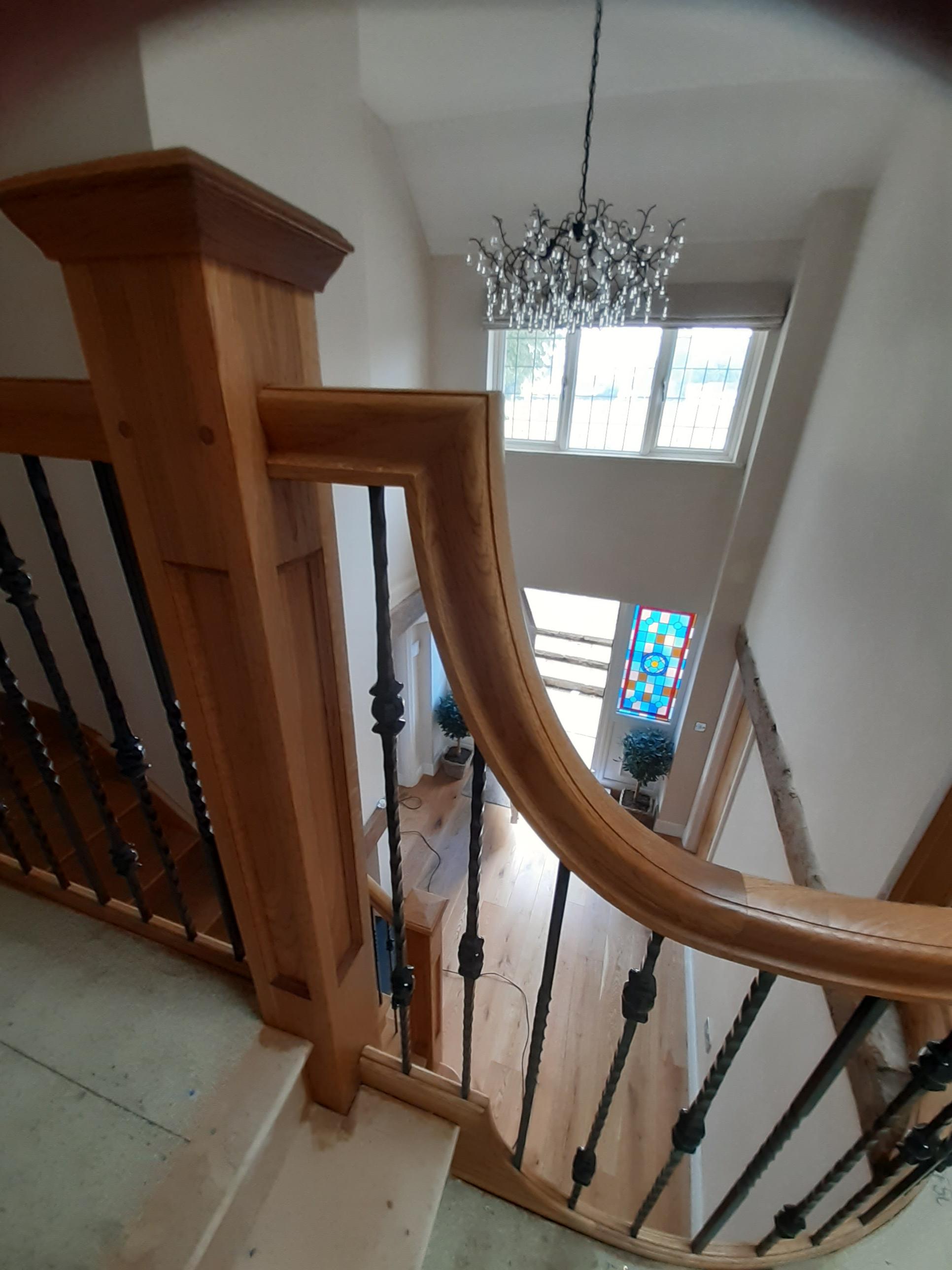 Did you design these yourself, or were you working from someone else's drawings?
K

If I recall I posted a sketchup on your stair thread.

Mind letting me know what finish you used?

Would it be uncouth of me to ask you what you charged for the whole process? Id never have the luxury of the time Id need to dedicate to this unfortunately. In our last wave of proposed architect drawings our new landing is very similar, if not identical, but includes a 3 step drop between floors. (PM is fine or tell me to pipper off)
H