Advice on making a floating bed

My teenage daughter wants a new bed and likes the idea of a floating bed like the one below. There are loads of builds of these on the net that all use a similar construction method but I'd like to know if anyone has built similar and what they built it from, as most of the builds I have seen require quite wide and thick timber which seems easier to get and cheaper in the US than here in the UK

The build will be painted (her request) and I want the thin edges that retain the mattress rather than a wider shelf that a lot of other designs use.

One of the aspects that a lot of these beds have is that they don't have conventional sprung slats which I want. I planned to buy these from Ikea as this seems the easiest way to get these.

Would beech be a good choice of wood for this type of project or would you stick to pine?

Basically these are a framework underneath which is smaller at the foot and sides than the top frame giving the appearance that the bed is floating. Clearly it will need to be fixed so it doesn't tip. 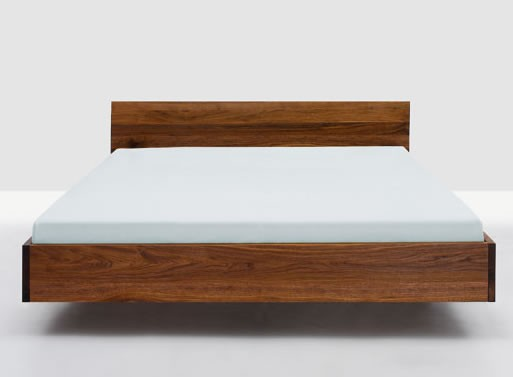 I can’t see a reason not to have slats, all
you are doing is making a base that reduces the footprint. If you make it well
I’d be astonished if you could tip it given the overturning moment you’d need.

There's no good reason not to use beech, if that's what your client (!) wants.

How far in are the feet from the edge?

MikeG. said:
How far in are the feet from the edge?
Click to expand...

There aren't any feet Mike, it floats...

MikeG. said:
There's no good reason not to use beech, if that's what your client (!) wants.

How far in are the feet from the edge?
Click to expand...

I haven't done the design yet but the plan is to make the base not visible from the normal view in the room when standing. I would estimate that the lower frame would be around 2/3 the length of the upper frame (which is only slightly larger than the mattress and the width would be centred between 1/2 to 2/3 of the width of the upper frame which appears to be roughly the dimensions of most of the beds I've seen.

This is a better view of the lower frame.

I'm looking for a cheapish wood that I can paint. I have most tools but not a planer so ideally it would be PAR, I'm not keen to hand plane it as my planing skills are rubbish.
. 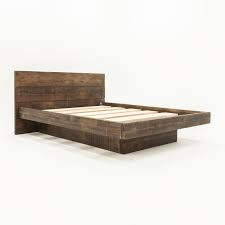 If you are painting it I’d be included to use sheet materials as much as possible, being cheaper and easier than solid. Use hardwood lipping and you get everything you want

Beech would certainly be fine, but a decent redwood (pine) would be cheaper, and fine if you are going to paint it anyway. (I don't think that the DIY sheds sell decent redwood so you may need to source from a decent timber merchant.)

Alternatively you could do a decent enough job with a sheet of plywood or perhaps even MDF and some "proper" timber structure in a few places. (And it wouldn't need any planing )

Thanks, I generally purchase sheet goods (ply and MDF) from a local merchant. I've had redwood before and I see they do some in reasonable sizes. I guess beech would be a waste if its going to be painted.


TheTiddles said:
If you are painting it I’d be included to use sheet materials as much as possible, being cheaper and easier than solid. Use hardwood lipping and you get everything you want

Thanks Aidan, I was thinking of that as I use a lot of lipped MDF on built-ins I have made. My tendency is to over-engineer if I am not sure about whether something will be strong enough. With built-ins I am comfortable what to use but this bed has different stress points so I need to work it out. I think ply may be something I will use and I have a couple of sheets of 18mm. I will start putting it together in Sketch Up and will come back to see what people think will work OK.
O