Attached is a pic of a Shaker-style drawer I've been making. The original idea was to make the drawer front and the top out of walnut and paint everything else blue as a nice contrast. Then I found out that I didn't have as much walnut as I had thought so cue two bits of cherry. The pic shows the cherry and walnut laid out after their first rough plaining.

I reckon that I have a choice for the layout:

a. Cherry/walnut/cherry as per the pic.

b. Rip the walnut down the middle and have walnut/widish bit of cherry/walnut.

I'm tending to b. because I think that walnut as the first i.e. front element of the top might look better given the drawer front is made of walnut and cherry might be too much of a contrast. I thought I'd ask for opinions as ripping is an irreversible step.

Secondly, now that I must have contrasting woods in the top, should I stick with or abandon the blue paint idea for the rest of the construction?

Thanks in advance for your ideas. 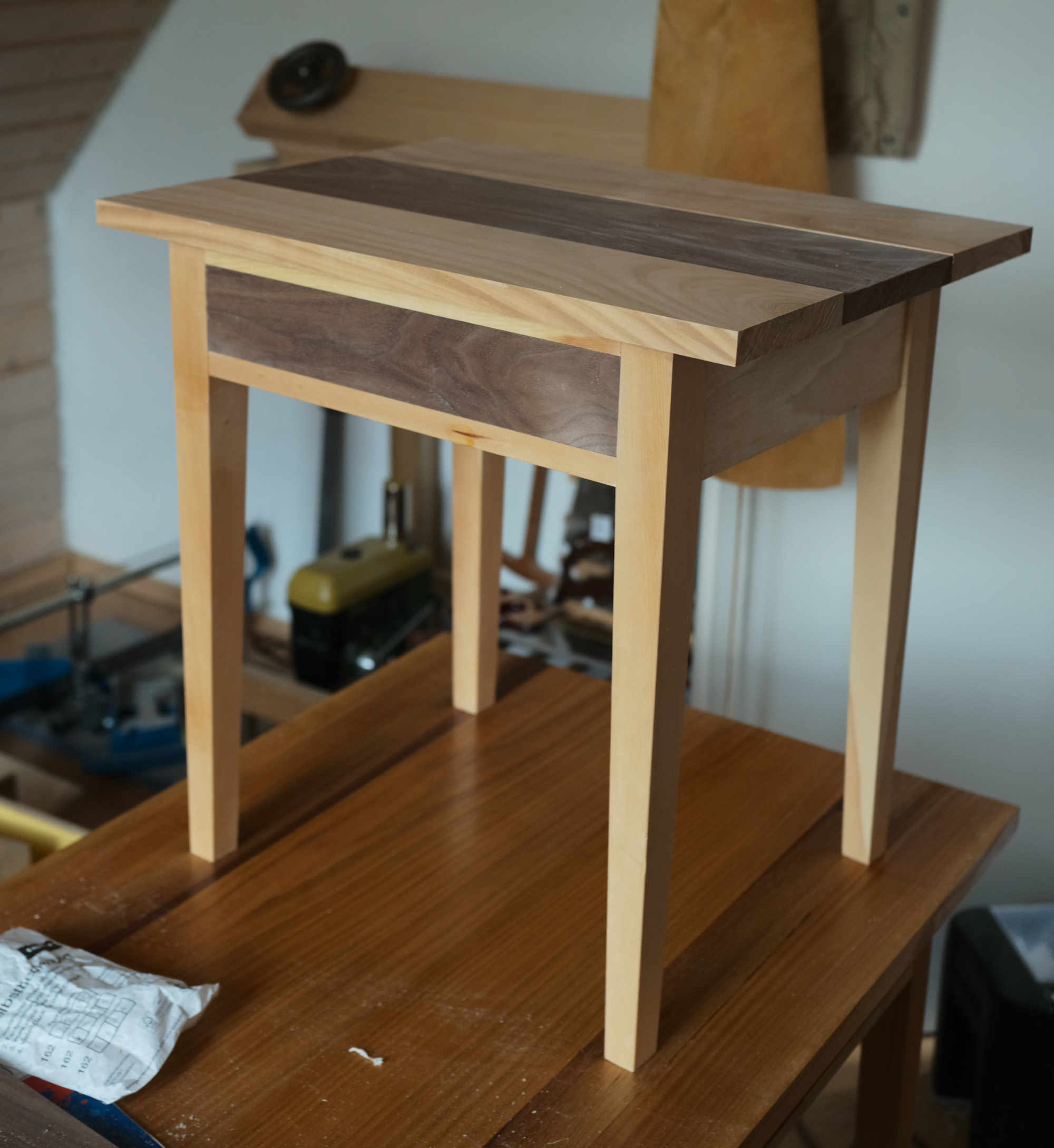 I suppose it could be (although I'd rather not break up another board of cherry) but the drawer front would then be in complete isolation in an aesthetic sense. I like the idea of at least a bit of the top complementing the drawer. That said, I am fairly clueless at artistic things.

I think the balance is good in a and less so in b.
You must log in or register to reply here.

Inviting your comments on my wardrobe plans

S
Cladding Back Of Van With Hardwood?