I have again failed miserably at recording the progress of my latest project. Again, because I screwed up the measurements not once but twice and have modified each and every bit to make it work. Apologies to any who might have been interested in a step by step.
The memsahb was given a set of 6 small bhudda statues as an xmas present, and it fell to me find a way of displaying them that did not make them dust harbours on a long shelf.
I made the basic triangular frame from beech, then discovered it wasnt deep enough so I added a maple moulding. Then I realised that the mitre angles weren't very strong so I added three bubinga splines to each. Just about to finish it and decided that two of the three angles were really bad and very gapped. So I added a couple of bubinga wing tips.
The backing is 12 mm ply with black flocking. The statuettes stand on bubinga shelves that are through mortised (are you impressed MikeG )
The sides are finished with several coats of wipe on poly. I even had to make my own brass hanger clip for the back.

Only when it was on the wall and I thought it looked nice did I think to take some pictures.
No hand tools (apart from sanding blocks) were harmed in the making. 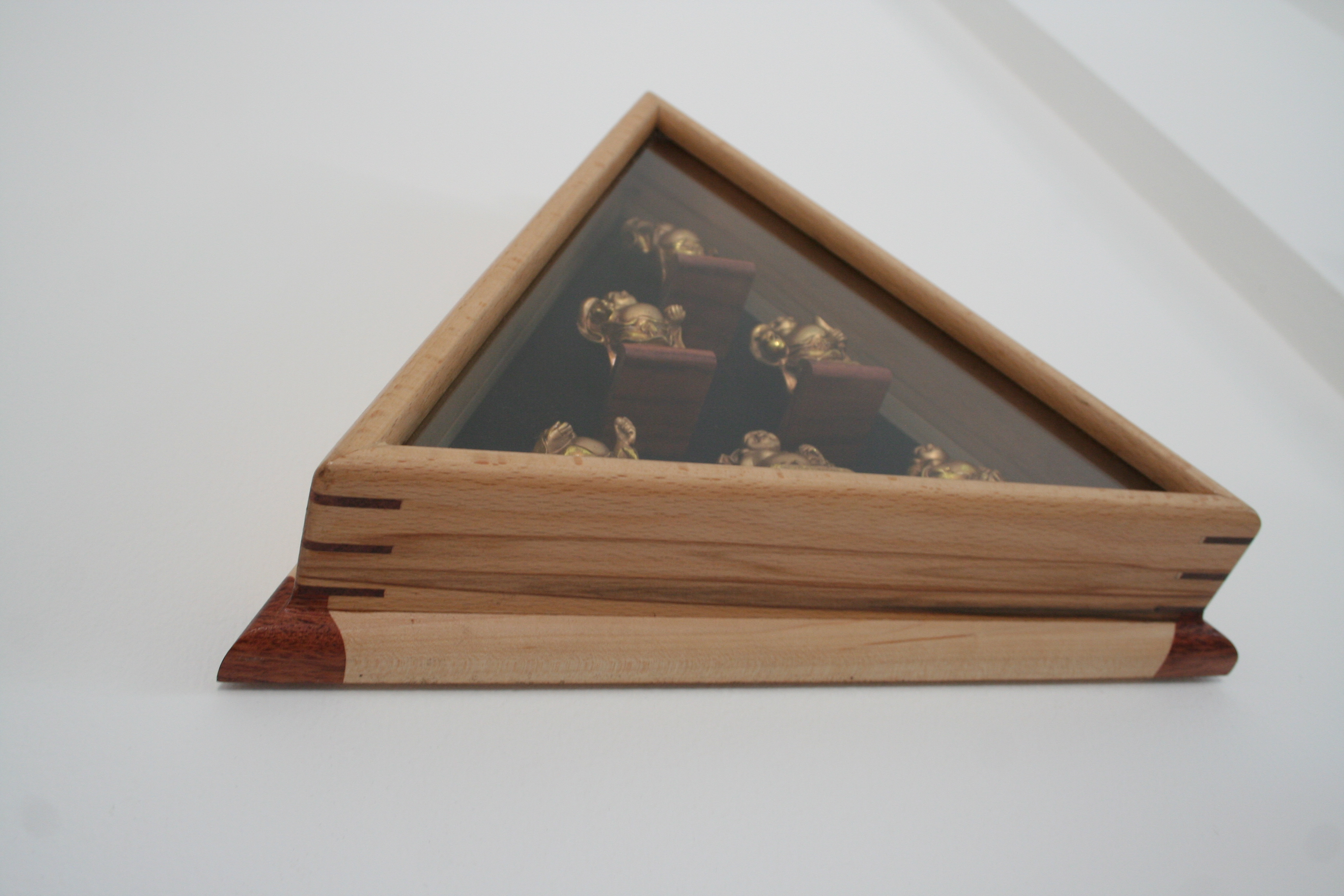 Well that looks good, and could also come useful at the Crucible this week.

I did get that comment during the build.
I started off with the idea of a 16 sided circle, but that failed miserable as I could not get consistantly good angles, so I binned the scrap from that and lowered my ambitions.