A quite depressing video.

I haven't watched it all yet, have to work sometimes.

The Debt Time Bomb That is Great Britain (2010) (bitchute.com)

Didn't realise till halfway through it's more or less an ad for Money Week magazine, but still, some sobering statistics.
G

Cheer up!!!! Don't be depressed about it. This video is from pre 2015 and is biased beyond belief. It is an insidious video. It should be classed as fake news and banned from showing.
It is hosted by BitChute---Wikipedia says "" BitChute is an alt-tech video hosting service launched by Ray Vahey in January 2017.[1] It describes itself as offering freedom of expression.[2][3] The service known for accommodating far-right individuals and conspiracy theorists, and for hosting hate speech.[a]BitChute - Wikipedia Some creators who use BitChute have been banned from YouTube; some others crosspost content to both platforms or post more extreme content only to BitChute.[4][15] BitChute claims to use peer-to-peer WebTorrent technology for video distribution,[1] though this has been disputed.[16][17] ""

I'm sure their 'facts' have some truth, but they make a statement, then extrapolate what might happen to the most ridiculous degree.

I'm baffled by the statement where it says (4:41) Britain's debt is 508% of GDP??? Just quickly pulling up a graph of historical borrowing Vs GDP seems to indicate that in 2015 it was about 85%.
Perhaps the video is talking about the total debt in Britain, including personal debt, not just the government borrowing? perhaps someone else can explain. I'm no expert. 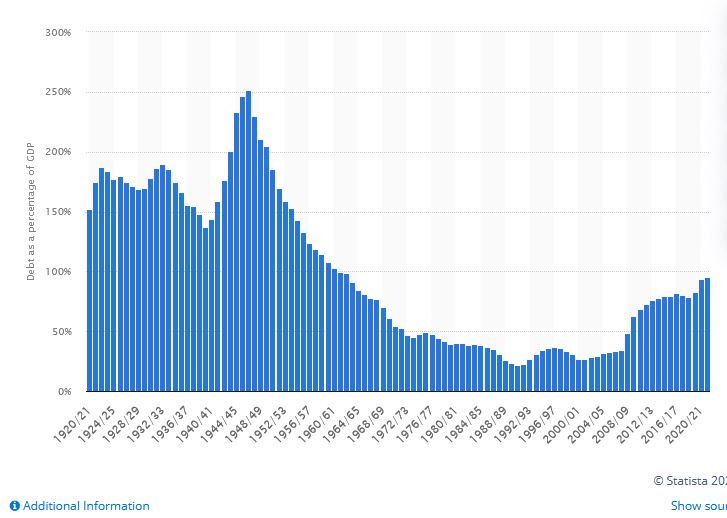 I think it's almost at 100% GDP now.
It also uses subtle techniques to make things look worse. For example the graph of borrowing against GDP has the vertical scale offset to make it look worse. 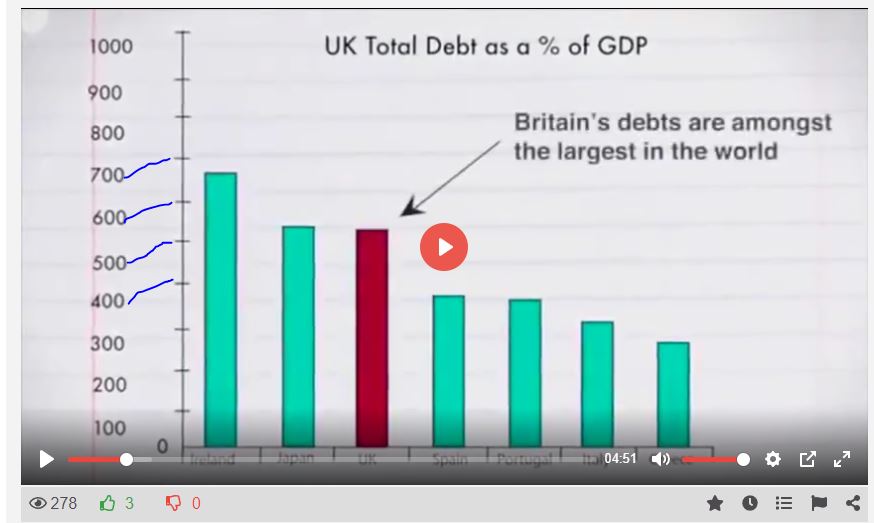 You have to plough through the video to find they want you to click on a link so they can get your details. Scamming bar stewards.