A couple of baby infills

After a flurry of planemaking these last 6months, I had a tray full of odd-shaped bits of brass looking for something to do. A couple of irregular scraps of 1/8” plate about 100mm long by no more than 30mm wide had a vague resemblance to the side of a very small plane, so I decided that’s what they wanted to be.

There are various names applied to small planes, such as “palm plane”, “finger plane”, “thumb plane”, “pocket plane” (“apron plane”?), but there doesn’t seem to be any consistent naming convention. The Norris 31 is described by the maker as a “thumb” plane. At 5 inches long and with a 1&1 /4 inch, bevel-up cutter, it’s similar to Veritas’s ‘apron plane (5 ½” sole). The Stanley 100 is only 3 ½ inches.
So I've decided on my own rules.

“Thumb plane” suggests to me that maybe it’s about the size of a thumb?: 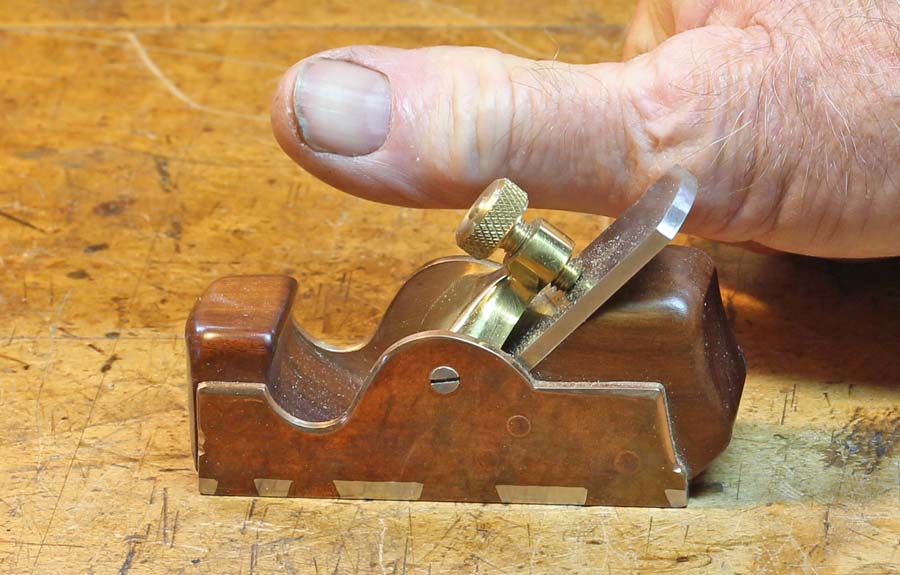 While “palm plane" would imply it’ll sit in your palm: 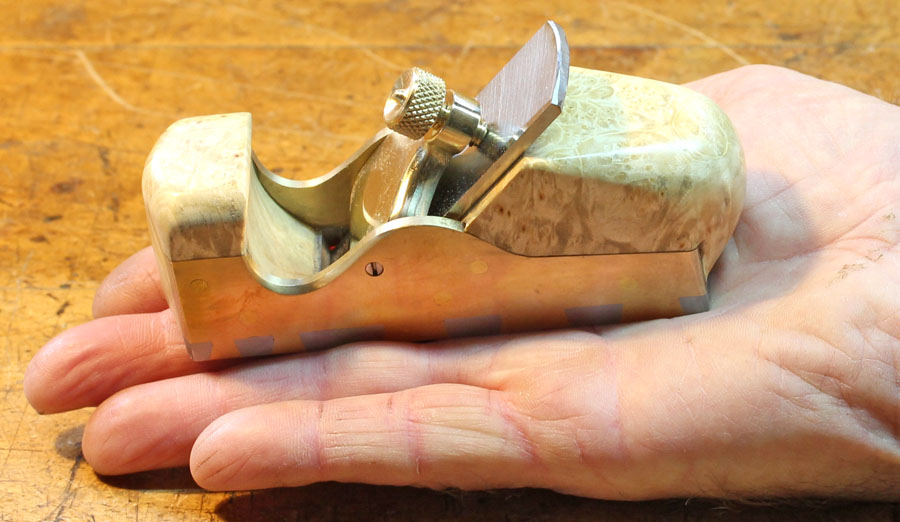 :?
The scraps I had dictated maximum size in my case, so with soles a little over 4” long and 1” cutters they are in the middle of the dinky-plane range. The cutters are 1 inch wide, bedded bevel-down at 45 degrees:

The one on the left is stuffed with “Solomon Islands Ebony” (Xanthostemon melanoxylon) and the other with Box Elder (Acer nigundo) burl.
Whatever you call them, these are surprisingly handy little planes & fun to make. Perhaps one would make a good project for a first attempt at an infill, though the small size of the parts makes them a bit tricky to hold whilst working on them. If you aren’t flush with ‘scraps’, the outlay for material is small, so only a minor disaster if things go badly awry. In my case, my big expenditure was $18 for a length of 1/8 x 1 x 8 inch HSS, from which I cut the two blades (leaving a scrap about 50mm long which I’m thinking of using for a small scraping plane – will it ever stop?).

Despite being single-iron planes, they perform very well, assisted by a fairly fine mouth:

(Pardon the couple of small voids in the tails, I was using the hard machinable brass which is difficult to force into tight corners without splitting!)

They are quit comfy to use, on small-scale work (I certainly wouldn't try smoothing a table top with one!): 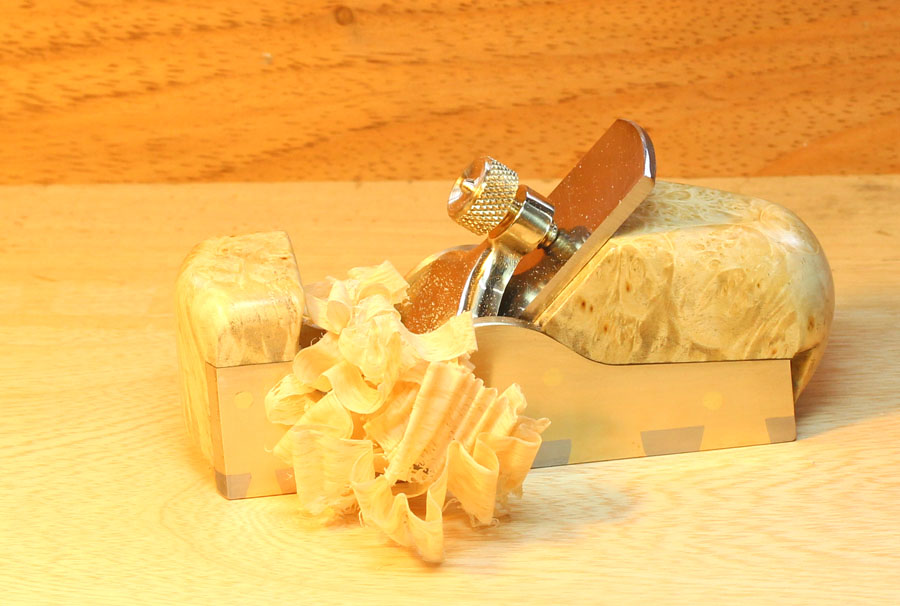 But very handy for small jobs like, um, fitting the stuffing in small planes? 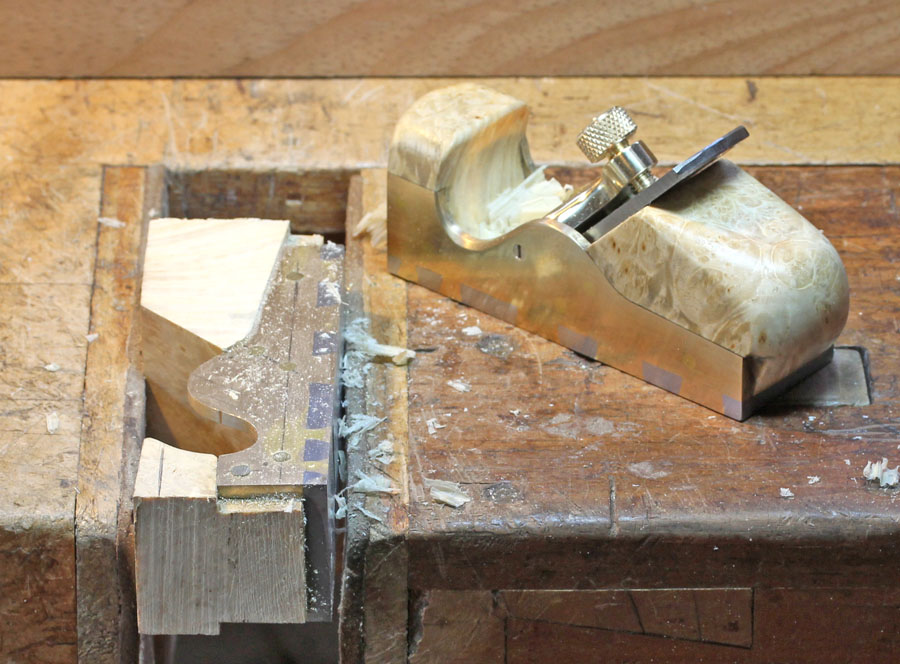 That box elder burl is beautiful!

'Tis pretty, Hattori - a friend said it looks like alabaster. Now there's a challenge, how about an infill stuffed with alabaster?!

It's quite a bit softer than the woods I've used for stuffing previously (about the same as Beech), but it didn't make the job much easier, thanks to that wild grain, which made paring & finessing the fit a fraught operation. Sharp tools, much care and a few expletives were required...