It’s amazing! I can’t see a problem with the leds but if you can, it is, as you say, a hard decision. Incredible work.

Yojeval,
SIR
I like ur style but for me life is to short....I do find it fasinating tho.....
not sure I'd have the time to write this let alone make one.....

I think I can see the LED issue, but if they're all like that then it us an unconscious design decision.

It looks brilliant, and I like that pairing thing.

50 (or, better, 5,000) can easier than one. How much work would it be to make one plastic bucket by hand, vs how many can an injection moulder chuck out in an hour?

I love these projects - making something once, learning on the way.

I was wondering why you were making something that looked like a football as a lamp up until that last picture, that’s rather cool.

As you look at it, do the tunnels of light appear to meet at the centre of the spheroid?

TheTiddles said:
I was wondering why you were making something that looked like a football as a lamp up until that last picture, that’s rather cool.

As you look at it, do the tunnels of light appear to meet at the centre of the spheroid?
Click to expand...

When it's fully assembled I'll try and do a short video to give you a better impression.
At the moment I'm half way through changing all the LED's round to correct the spacing.
Brian

The lamp is now complete but it hasn't been plain sailing since my last report. Having got it fully assembled I powered it up for a soak test and was alarmed to find the temperature had risen to 45°C. I tried boring 5 ventilation holes top and bottom but this made little difference. This was using a mains powered 12V supply. I then tried a 9V supply which certainly cured the heat problem but the light level was much diminished. It was then time to throw some money at it and purchase a 40W supply intended for LED use. That, together with a dimmer switch, has solved the problem.
The other issue to resolve was fairly cosmetic. I could have let it go but it was annoying me. I made the ball in two halves, top and bottom, but I didn't take enough care when gluing up that they would fit together perfectly. Some of the cock bead halves were not coming together nicely along the join line. So I stripped off the offending beads and replaced them bespoke beads which were made as single beads - not 2 halves. With a bit of fettling and filling of gaps with walnut veneer it's now much more presentable.
With all this unplanned remedial work I felt it was in need of another coat of lacquer. However I wanted to avoid spray on the lamp lenses so the needed to be masked in some way. The easiest way was to make a number of discs and hold them in place with a dob of Bluetack. So, how to make 30 discs to specific diameters:- 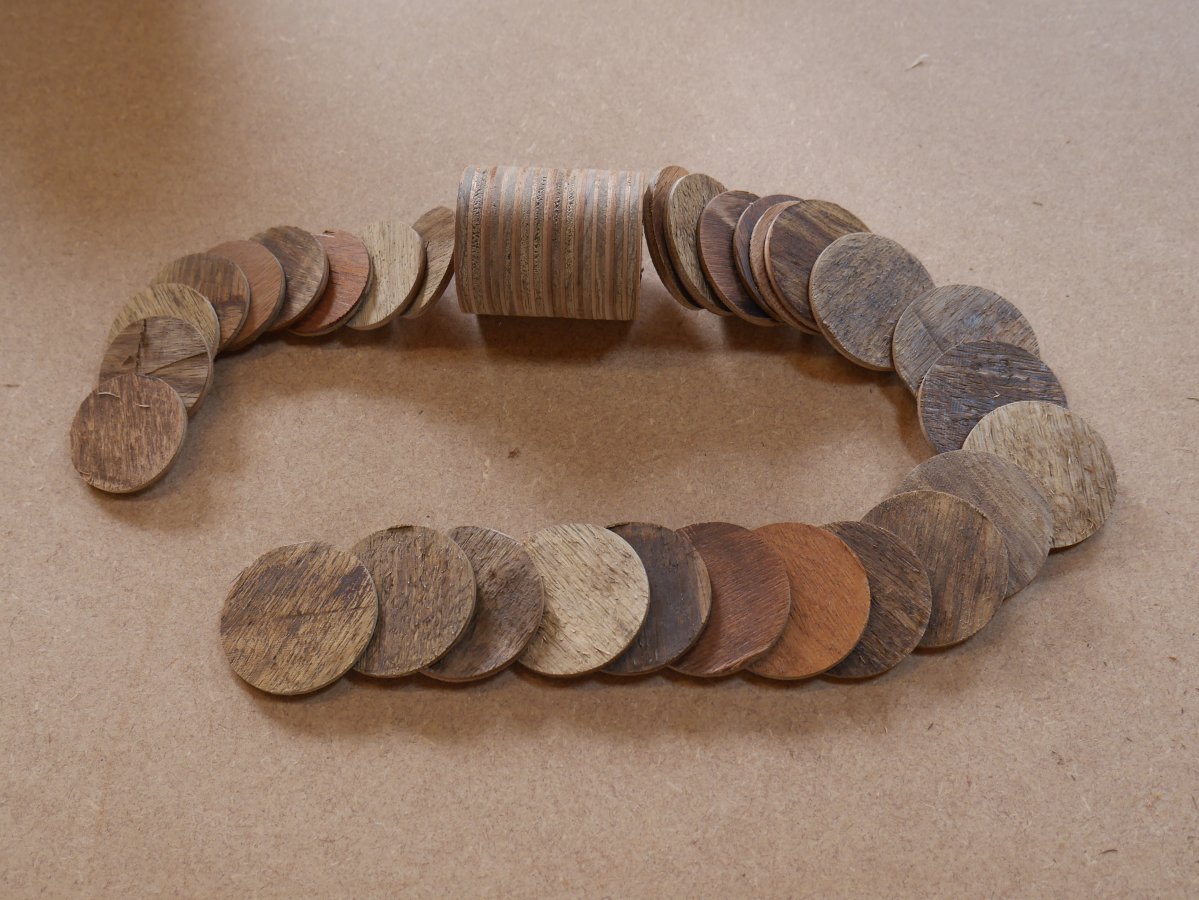 Retrieve a bit of scrap plywood from the woodstove pile
Cut it into squares large enough to make the discs
Glue the squares together to form a cross-grain length
Mount in lathe and turn down to required diameters
Chop off discs salami style with saw - I found the bandsaw was best for this as the mitre saw tended to fling them across the workshop.
That took about an hour including half of which was waiting for the PVA to cure.

And here it is ready for a respray:- 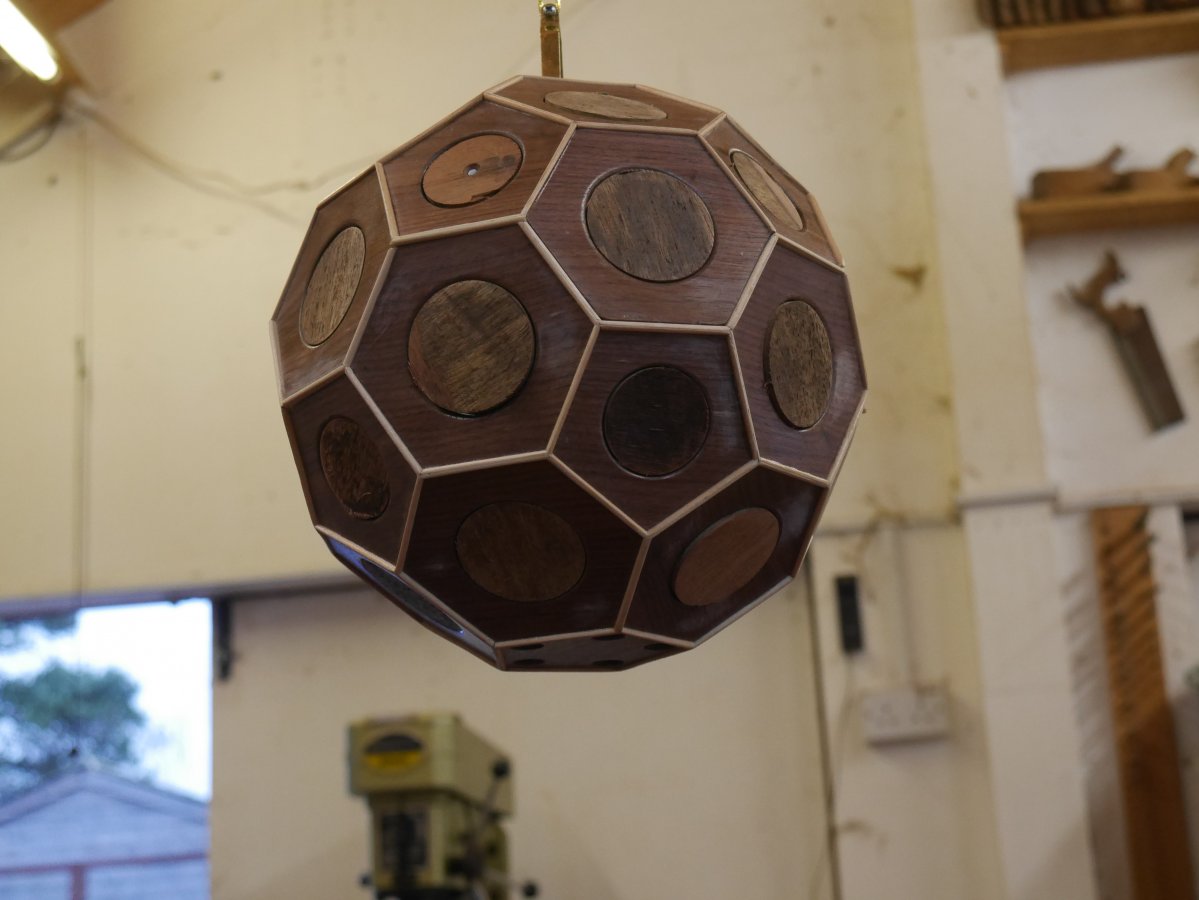 A short video in its new home
B

Yojevol said:
A short video in its new home
Click to expand...

Its definitely a cool thing.
I've enjoyed watching this process, fair play and thank you