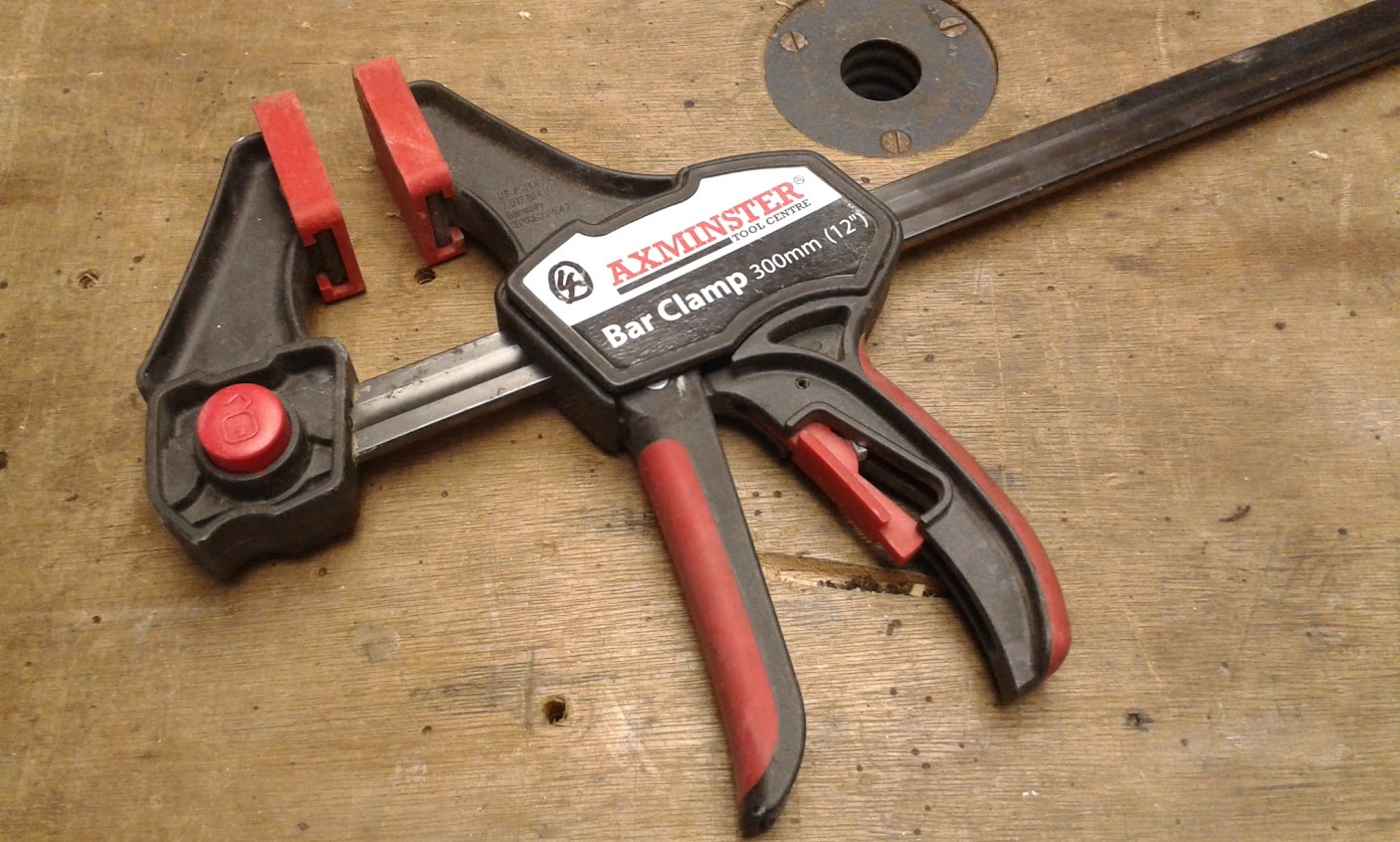 These are a popular sort of single-handed clamp. I bought mine when Axminster first started selling them, and although they are getting a bit long in the tooth, they are still my go-to clamps for almost everything (yup that is a holdfast collar in the picture though!). I have one friend on the forum who dislikes them, but generally they are pretty popular. Other vendors sell the same model, and there are many variants.

So I was rather annoyed when I needed to do a lipping on a deep shelf, to realise they were too short. But they have a neat trick to them... 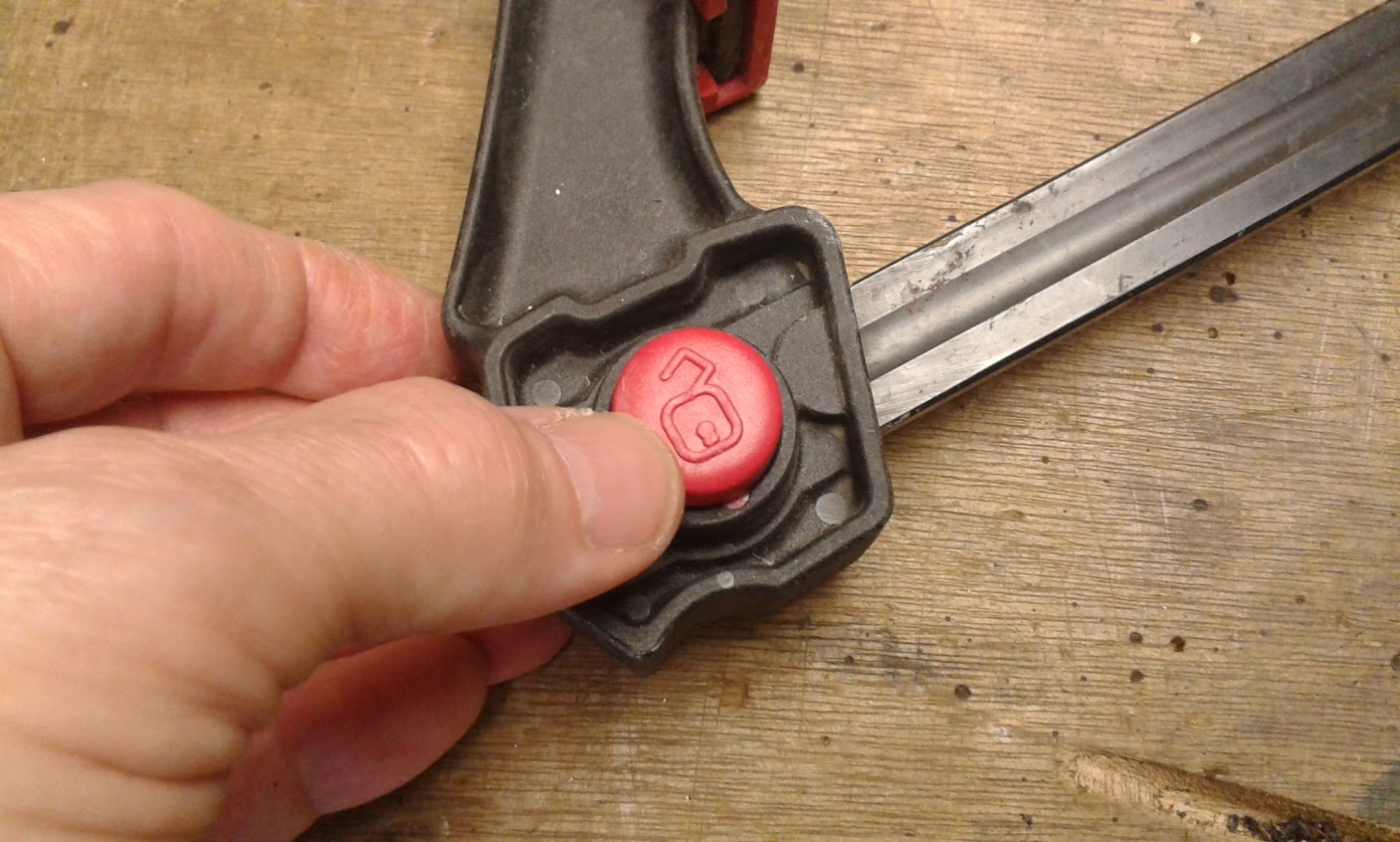 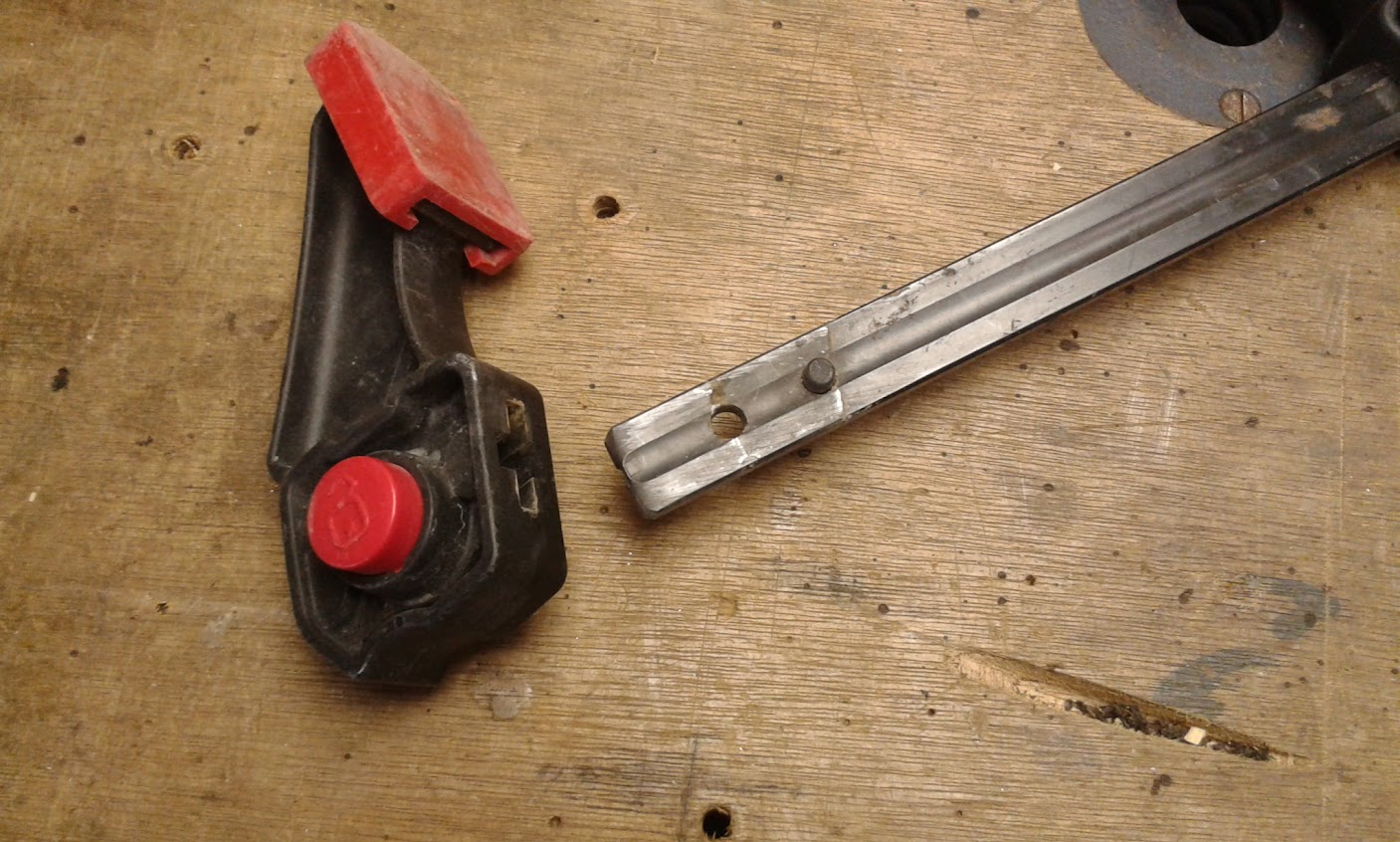 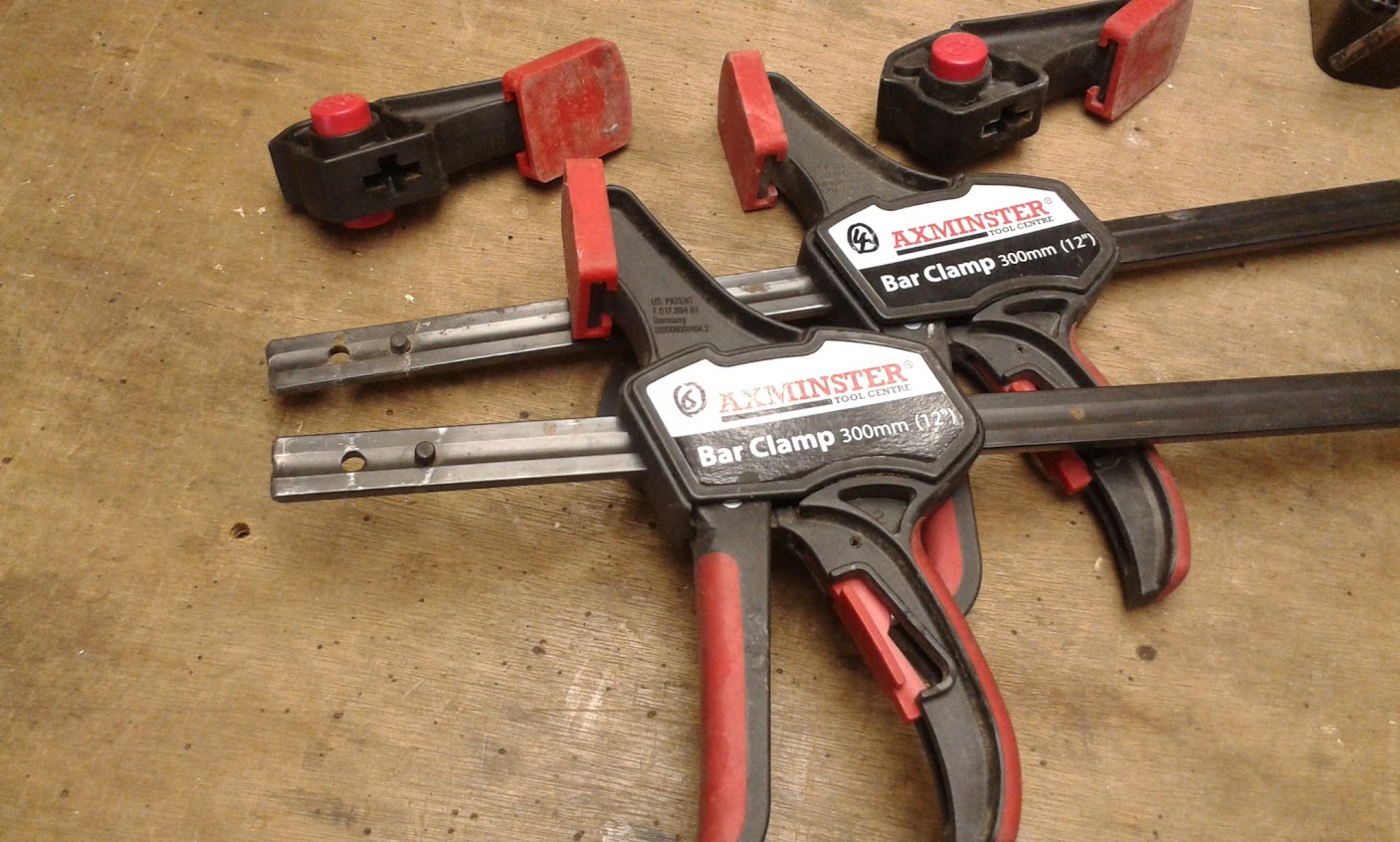 And you need some handy offcuts of hardwood, and a few bolts and wingnuts: 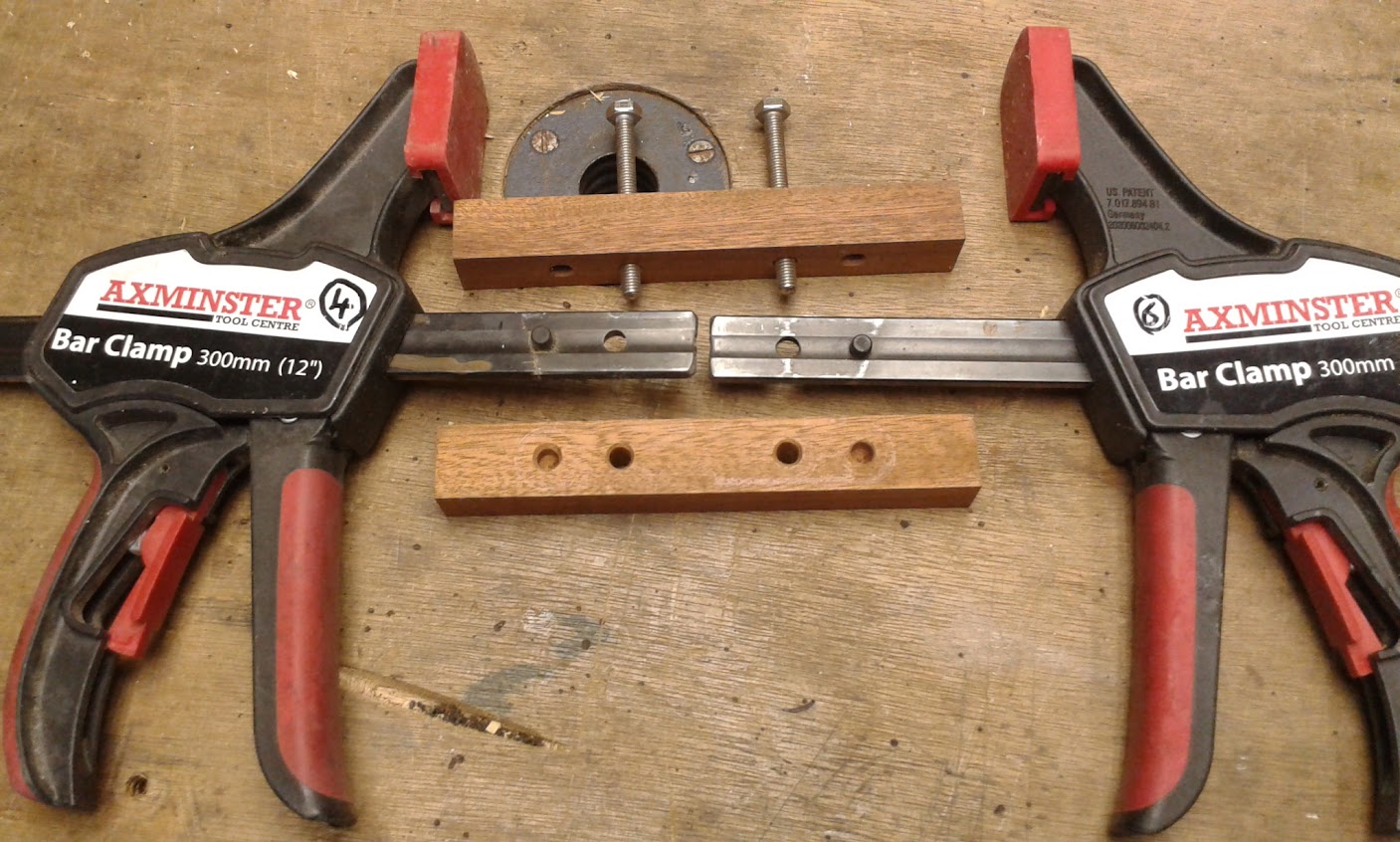 Have you guessed yet? Try this: 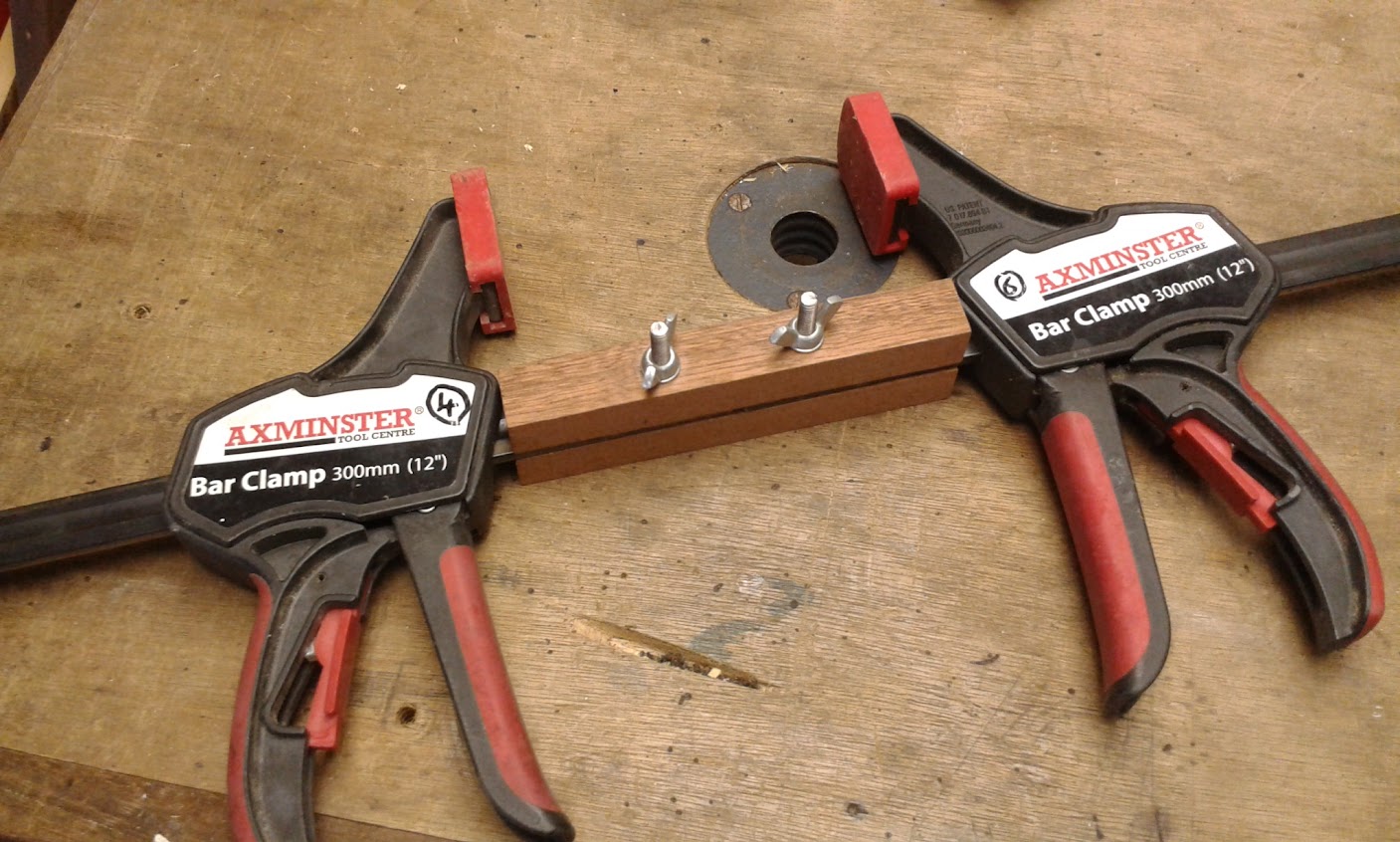 Joined back-to-back like this you do rather well - there's actually very nearly 29" between the jaws , not the 24" you'd expect from two 12" clamps. Obviously you can't exert enormous pressure, but then you couldn't anyway with that sort of clamp. They're just fine for lippings and lightweight glue-ups, which is what I needed them for in a rush. If you have an MFT, you can pass the bar through one of the holes, making them dead useful for holding taller items, while you work out how to balance the tracksaw on top... seriously, my MFT (and trestles with 20mm holes) does multiple duty, so occasionally I do need to hold down taller things.

I was in a rush to finish the job so I told myself I'd make something stronger from steel plates, but to be honest it's not been necessary, so I've just kept the joiners made from scraps.

Hope that's useful to someone.

Thanks Eric.
A problem I've encountered numerous times and a simple solution.
I'll give this a go.
Regards, Paul
You must log in or register to reply here.

T
Is there any trick to make unscrewing easier from old wood?
2 3