Screws for baseplate for Triton router

At the minute the router is held under the table by two of the small screws that hold the nylon base and two other screws which are about 1/2 inch longer which should do until I get the screws from PTS.

"The fact that the routers are highly thought of as table machines means that many more people bump into this "problem," but I'm not sure it's realistic to think that they should be supplied with "compromise parts" in the form of screws. Triton do supply all sorts of adapters and clamps to fit most other routers under their own table, but fitting their own router under someone else's table, flap, or whatever, is - I believe - down to the designer/user of said table, etc. as it would be with any other make."

The screws are a bit hard to find but I would agree with you in what you said. Triton already have a good selection of accessories which come as standard (i think) and if someone is to make a router table rather than buy one they should expect some problems along the way.

labuzz wrote:Hello,
Please is there someone to send me some of this screws ( I will pay you with paypal )? I have try 6mm screws but they doesn't fit.
My router is a MOF-001 and the insert is a woodpeckers ( aluminium ).
I am in france.


Send me your mailing address by PM. Tell me if you want Posidrive (+) or Allen key heads and I'll see what I've got left. 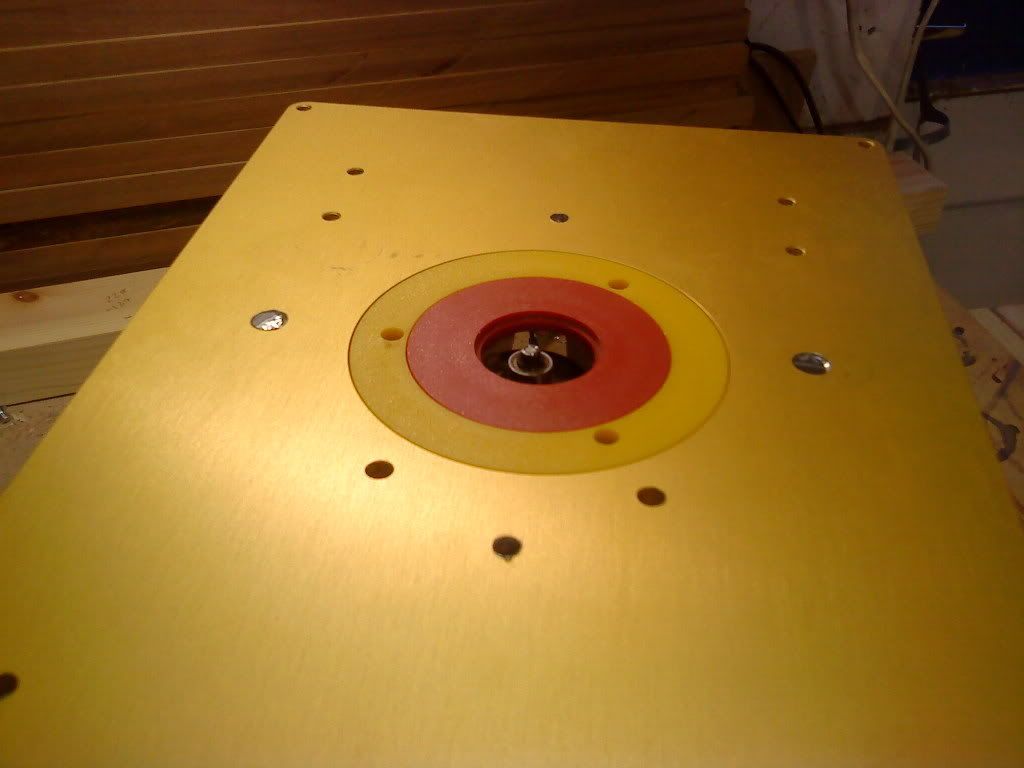 Apologies for reviving an old post but I'm trying to get going on a router table quickly and cheaply.

If I understand correctly you used the two holes for the extended baseplate to screw 2 M6 bolts into to mount into your table?

How did that work out for you? Was it stable and secure? First timer so a bit nervous. Also I just bought some M6 but they don't thread into the hole which seems larger on my MOF 001, maybe it's different to the TRA001?

Hi Ray,
Glad to see you are still around