By Bainzy - 22 May 2007, 22:36
- 22 May 2007, 22:36 #186704
Does anyone know where I can get a No.50 Spokeshave (proper convex type, not just rounded sole) from in the UK? I had a check on ebay for old Stanley or Record models but none came up even in worldwide searches. I don't really want to spring £50+ for the Clifton version, as while I'm sure it will be worth the money I want to find out whether the convex shave will be suited to the work - so I'm after either a cheap new one or more preferably a good old one to fix up and see how I like it for carving electric guitar tops. I've already got one with a rounded base that I found amongst my Grandfather's tools and fixed up, but I can't see it being able to do all the contours I need to do: 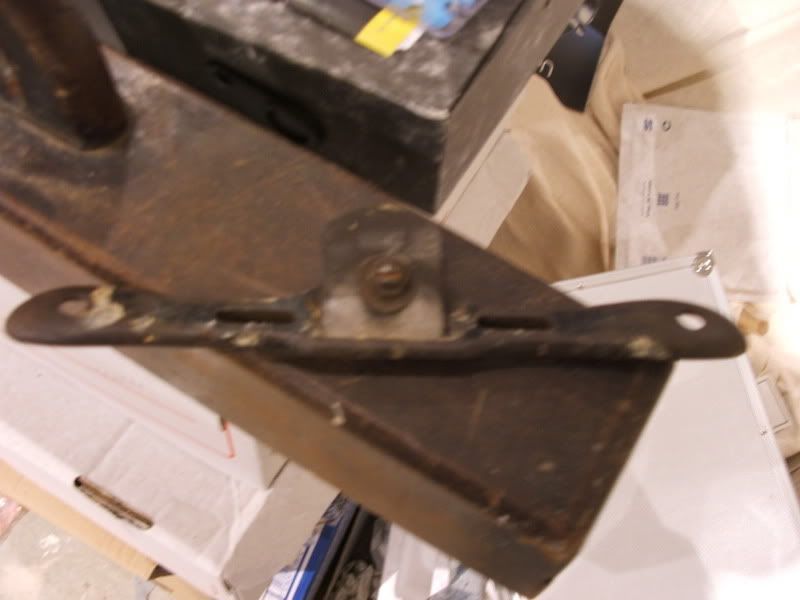 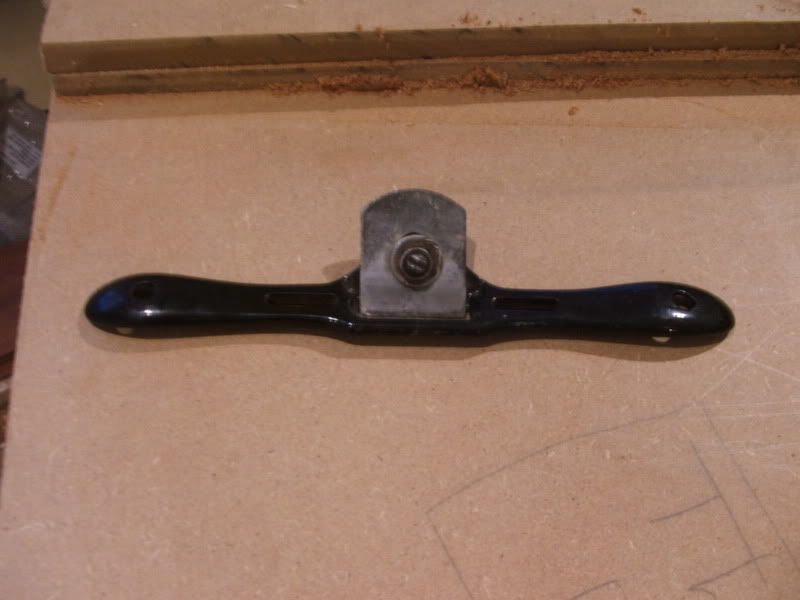 ...and that also probably needs a cap iron - my Dad said he used it for rough carving masts with on the boats he built, so presumably the lack of precision needed in such work (say compared to a guitar top carve) meant the nut and bolt arrangement on there didn't pose a problem. Not sure where I'd get just a cap iron on it's own from though.

I've had a quick look at online stores based in the UK, and they sell spokeshaves made by a company called Kunz at fairly cheap prices, but none of them are the convex model. Also pretty sure they won't have one at B&Q

You've done a nice job on that #65 (I think). One of the old tool dealers (see my website) might have a spare cap iron, or you could get creative with some brass and replace the chamfering fences while you're at it.

Regards,
Martin
Plane Fever is highly contagious, spread by even casual contact in shops, stores or photos. It's fast acting- many victims go from nothing to dozens in mere months. Symptoms: hairless arms, low bank accounts, and frequent UPS deliveries.

I hope it helps
Please back away slowly from that Bostik, or I might have to shoot

In regards to the one I've got Alf, I'd love to make a replacement cap iron out of brass for it, but don't really have any idea of where to start doing something like that. Where would one buy a small piece of brass, and how would one go about shaping it?

The #51R (round sole) is very tricky to use. It has a tiny sole and orientation is often best achieved with a prayer to the Handtool Gods. The mouth is large, the blade is thin, and this is a fine recipe for chatter. And they do, often.

I sort of fixed mine by lapping the sole and shimming the blade until the mouth closed up. Even so it was so-so.

I used the #51R as a control shave when reviewing the HNT Gordon duo. If you want to use a superior round soled spokeshave, then take a look at the HNT Gordon.

Alf wrote:... If the Kunz one'd be any good then give Classic Handtools a bell - in theory Alex is supposed to be getting me a Kunz adjustable mouth shave to try so I doubt another one-off would be a problem.

If Alex can't find one - sometimes it appears to be not as easy - You could try Dieter Schmid. He recently took the #53 back in his spokeshaves' range.

Dieter Schmid offers the #50too, I can highly recommend him, but believe me, you will have a little work with the tool and above all its blade.
Marc

Car la vie est un bien perdu, si on n'a pas vécu comme on l'aurait voulu. (Eminescu; trial of a translation: " 'Cause life is a lost good, if man did not live, the way he would have liked it.")

Dieter Schmid offers the #50 too

Have you seen the ones in Machine mart?
At 7 quid they might be worth a fettle
Look like a stanley rip off to me

I just got an email from Alex at Classic Hand Tools regarding my Lie Nielsen #5 1/2, turns out Cocobolo handles are out of stock so he offered to ship it with Cherry ones and then ship the Cocobolo ones later, and I can keep both sets - what a gent! In my reply I mentioned the No.50 Kunz convex shave, so I'll see if it's obtainable through them.

I hope it helps

Did someone miss this

Please back away slowly from that Bostik, or I might have to shoot

Every day is Christmas Day witha Kunz in your workshop... <shudder>