I've done it myself (er, more than once) becoming distracted online.
dannyr likes this
"There is possibly more mystique in finishing than in any of the woodworking skills, and with (arguably) less good reason."
Aidan Walker

Here's the most recent addition to the stable. Made by mousehole forge in Sheffield. 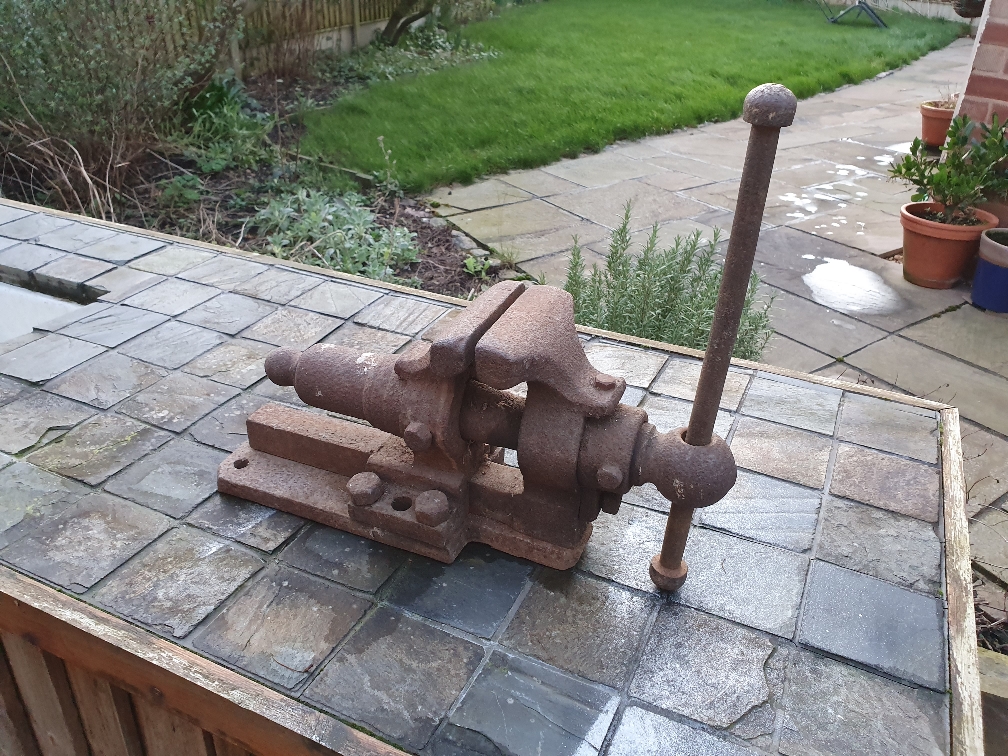 Sent from my SM-G973F using Tapatalk
Bm101, dannyr likes this

By dannyr - 11 Mar 2020, 15:37
- 11 Mar 2020, 15:37 #1341151
The classic anvils were made of forge-welded wrought iron with crucible steel faces, this same technique was used by the same forges to make blacksmith leg vice used by smiths and other workers for centuries until cast iron bench-mounted vices were introduced (mid-19thC?).
Anvil/leg vice makers such as Peter Wright and Mousehole Forge made their version of bench mount vice, such as the beaut shown above - in pre WW1 catalogues both are shown, with the wrought iron vices quite a bit more expensive than say the Parkinson or Record equivalent.
Anyone know how far back this type of bench-mounted (not wooden or leg/pin type) vice goes?

Sent from my SM-G973F using Tapatalk
Trevanion, dannyr and 1 Others likes this