By markturner - 01 Dec 2013, 15:28
- 01 Dec 2013, 15:28 #821380
Hi guys, working on my last project highlighted how my bad back and eyesight were making work on my bench quite uncomfortable. despite making my bench higher than usual, and having my glasses, I was still struggling. So I decided to rectify the situation. While perusing the benchcrafted site, I saw their moxon vice and thought, that will do....so ordered the hardware.

I also ordered up some beech to match the bench and waited for it all to arrive. The hardware arrived pretty quick and very nice it was to: The wood arrived next, but by mistake, they had sent ash...some advice from you guys here made me decide to keep it and use it, so off I went. Benchcrafted have some pretty good instructions on making the vice, but I had already decided that it was going to more than just a vice - I wanted it to be almost a mini bench, so it would have a bench section to the rear, approx 500mm deep and 600mm wide, same size as the vice.

I dimensioned the Ash stock and laid it out: I alternated the grain on the bench surface pieces, to avoid distortion and then dominoed them as shown below: Then they got glued and clamped up, while I set about doing the vice jaws. You need to machine a nut shaped recess into the back jaw, which was quite fun... but I was pleased how it came out..not a bad fit: Once the jaws were done, I glued the back jaw to the vertical sections and to the bench top, then champfered the edges and gave it all a coat of Festo surfix
I used a set of the small Veritas bench dogs as locating pins on the front of my bench, with corresponding sockets underneath the back jaw, so I can just lift it on and off as I need. There is a rail at the back so I can also clamp it there via the removable tool tray on my bench. Then stuck some suede inside the jaws for grip and it was almost ready.

I had been thinking that it would be nice to pimp it up a bit and had the idea of copying the idea of some nice turned sockets for the bench dogs and clamps I would be fitting into the top. I could not find these to bu anywhere, so decided to get them made. I have a great guy I know who has an amazing engineering shop and can make anything, he ran me up a batch of lovely brass sockets with a collar that I could recess into the top of the vice / bench. They were expensive, but worth it I think. I marked out the top and got drilling. 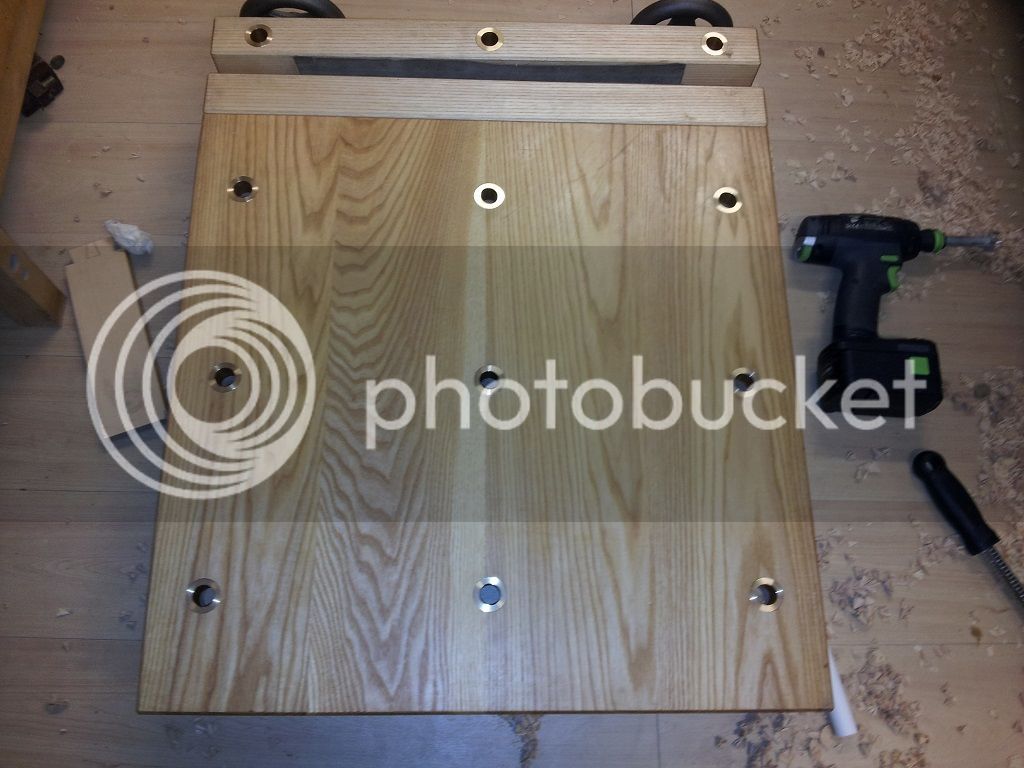 They were a nice snug fit, but, I confess, I was impatient here and instead of waiting for my drill press to come back from the menders, I used a hand drill and despite being very careful, some of the holes were not quite vertical, but with some rasping I managed to sort it. So here are some shots of the finished article and the various clamps and stops in use: 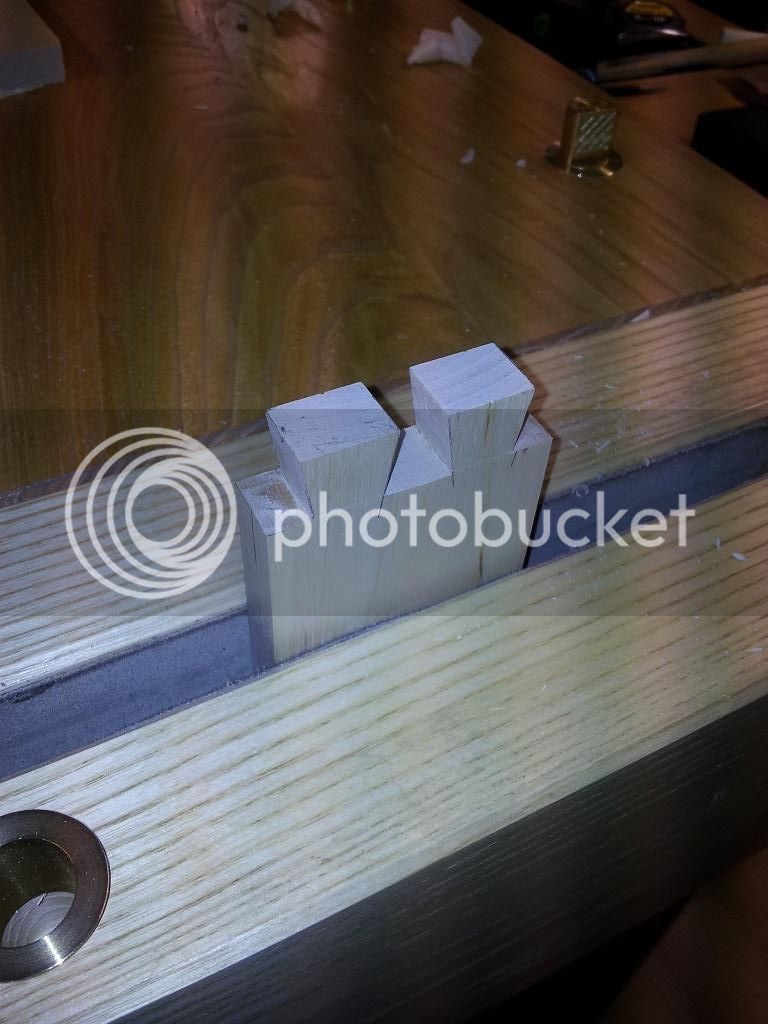 By the time I added up the cost of the bench dogs, sockets, clamps, vice hardware, and lumber, it was not cheap, but I am very pleased with the result, I think it looks great and it's the perfect height for me do dovetails, plane and work, without having to bend my back at all. The finishing touch is the adjustable magnifying lamp, which is great and means I don't have to use glasses, which I really don't get on with, having only started having to wear them a year or so ago.

BugBear
...a sharp tongue is the only edge-tool that grows keener by constant use.
-- Washington Irving


Thanks for all the compliments,