Doug71 wrote:Coley, that is what I used on my house and recommend to others. Got it colour matched to some F&B and it worked really well. Think because it is really a stain it seems to kind of wear off instead of peeling so it's really easy to rub down and re coat after a few years, no messing with undercoat etc.

Did you think it took a little bit of covering ? Like atleast a few good coats before it covered the primer ? That was a light green so perhaps a darker colour would cover quicker ?


Sent from my SM-G900F using Tapatalk

By jpor4180 - 01 Mar 2018, 21:15
- 01 Mar 2018, 21:15 #1211332
Will thanks for the tip, seems obvious to check for coplanar now but there's no way that would have occurred to me! The original plan was to fix the frame then remove and fit the door on the ground but after realising how much shimming and fine adjustment there is I'm going to fix the frame, then make an internal frame for the door and take that out, this will mean. This will maybe make more sense when I do my WIP (which I will do for this!)

Coley, yeah I got quite excited when I saw they were round as I was going to fit them with a router jig, so I'm happy with that. I think I paid about that for the lock, and maybe £5 for the hinges but I bought 8. I'm only going to use 6 though actually and I'll get to that in a second…

I'll take a look at Al primer, and I can buy a F&B sample then get them colour matching it so I'm open to that. I've never used F&B outside but I'm happy to believe it's a nightmare outdoors as I've never enjoyed working with indoors. They do make the best tones though imo

Now for today's annoying, frustrating, downright aggrevating plot twist. My neighbour approached me (I'd shown him the design the other day) and after much prevarication basically said he wouldn't want to see it and would rather I didn't do it. He thinks it's not "in keeping" with the other houses. Unfortunately his opinion is wrong, as the door in question - raised panels with glazing - matches every other front door around and subtle design styling from around the estate. I'll give a bit of an elaboration on this in the WIP but the point is he wants It looking more like the cheap pressed steel up-and-over doors that came with all the houses 20 years ago.

Pains me to do it, but I get on really well with them and I'd rather build something we can both bear than something I like and they hate. The new door will be as here: https://www.garagedoorsonline.co.uk/cat ... door/g/228

It'll be 25mm tongue and groove panels seated in 60mm thick or so stiles and rails round the perimeter, recessed 10mm from the face with a subtle roundover. On the reverse, there will be a rail halfway up at the height of the middle hinge. Two diagonals will transfer stress from the rails above to the middle and bottom hinge respectively. That's the only benefit I can see so far of this design, as I was concerned previously about sag. Downsides are losing the light into the shop and less aesthetically pleasing but still a build with challenges.

60mm, 25mm, and a 10mm were chosen so I could use just two thicknesses throughout the project (60mm for stiles and top and bottom rails and 25mm for panel, cross bracing and middle rear rail). These dimensions are by no means perfect from a manufacturing perspective as my largest router bit for the housing is 19.7mm so would need to shimmy my fence across a little to complete this. If you feel I can get away with this for the panel, bracing and mid rear rail I'll change to this (and bring down the 60mm accordingly).

Many of the lessons from earlier are still valid, but I have a few queries specific to the new design:

Is 10mm enough for the recess for the tongue and groove panel behind the face? I'm concerned that this might be a little brittle and could be damaged easily if nudged with you know a motorbike or overzealous door opening into parked cars. What sort of vertical and horizontal clearances should I allow for beyond the panel in the housing/plow?

Do I glue the tongue and groove panel components together? I think not for movement but will defer to you on this.

Do I brad nail the panel to the rail at the centre on the back? Or again do we have a movement issue?

For completeness I thought I'd update with the salient measurements

Included under "framework" is the first frame to square up the opening which consists of the head, sill and legs and the second frame which is legs and head only.

Excluding any clearances for hinges (which haven't arrived yet) and gaps around the top and between doors each door will have a height of approximately 2000mm and width of 1053mm. I think given this, both stiles and rails will have a 100mm width. This gives an unhoused panel dimension of 852.5mm x 1800mm. Does only 20mm housed make sense? I don't want the housing to be too deep to make the 10mm at the front of the stiles and rails too exposed and weak.

My Nan's got a double garage, I'll see if I can convince her to let me build a set of the first design as I've harvested the windows now (which took me way longer than I'll ever admit).

Let me know if you're all still interested in the WIP, I know the end result won't be as interesting but the process may well be. 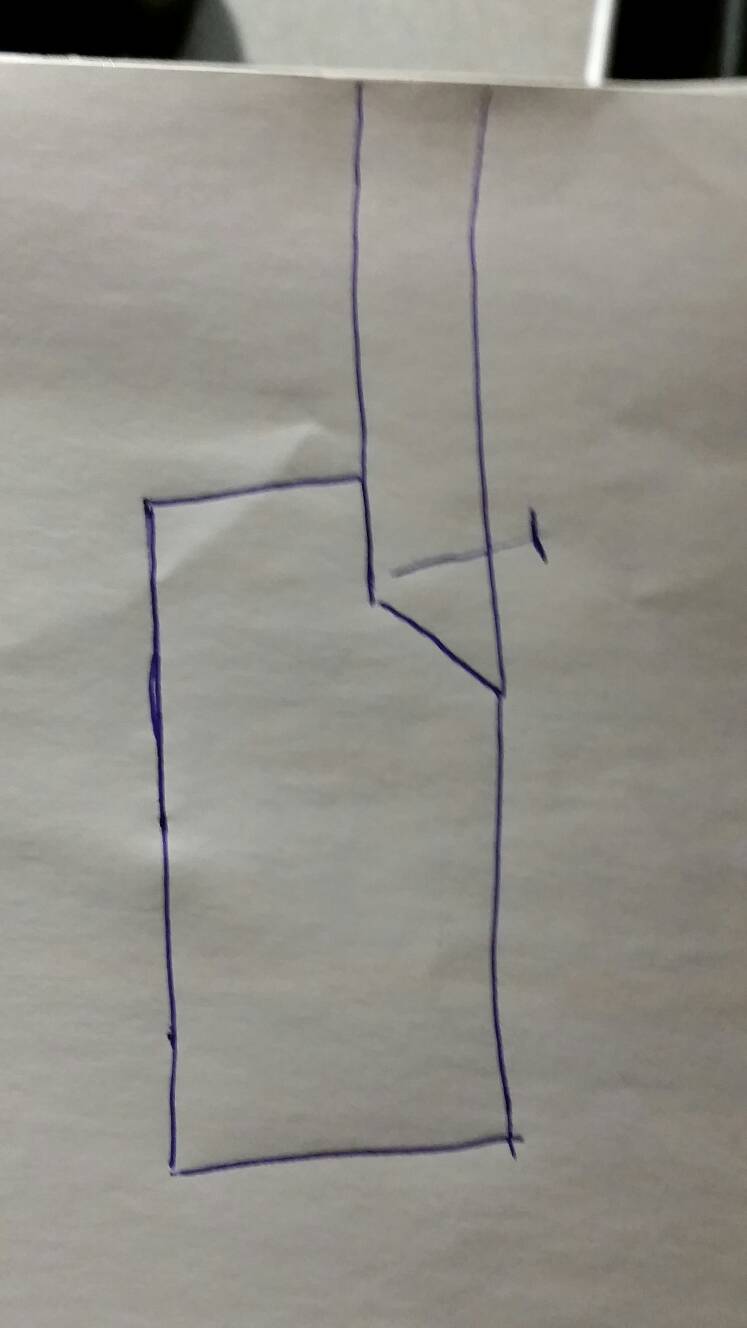 Don't groove the boards in the bottom rail.

Also how would you make that cut?

This is how I'd make the 2nd pic t &g door. Just remember to allow gaps between each board. At least 1mm, maybe 1.5 if they're over 4 inchs wide.

By ColeyS1 - 01 Mar 2018, 22:49
- 01 Mar 2018, 22:49 #1211355
The bottom rail cut is just a rebate with a bevel. The router will form the rebate easy enough. A shoulder plane would form the bevel, or a table saw or skillsaw tipped over to atleast 9 degrees. It depends on what tools you've got. If you've got a shoulder plane you'd be able to make a bevel without too much agro. Posting it in the projects area will get you a lot of views and encouragement.

Doug71 wrote:Coley, that is what I used on my house and recommend to others. Got it colour matched to some F&B and it worked really well. Think because it is really a stain it seems to kind of wear off instead of peeling so it's really easy to rub down and re coat after a few years, no messing with undercoat etc.

Did you think it took a little bit of covering ? Like atleast a few good coats before it covered the primer ? That was a light green so perhaps a darker colour would cover quicker ?


Sent from my SM-G900F using Tapatalk

It was a dark green I used, the decorator seemed to be able to get it to cover in two coats but I didn't. I do tend to put paint on too thin and brush it around too much though.

One person at Dulux technical told me it wasn't suitable for what I was doing as it was a stain not a paint so you would see through it but I called again later and I spoke with someone else who said it would be fine.

Here is the start of the WIP. As you can see I'm a bit behind my self-imposed schedule. I've really been battling against the weather here. Embarrassingly little to show for all the time so far, but with the weather picking up and now a square frame to work from I think it should speed up from here on in