I don't know why manufactures seem to scour the world for the most rust prone steels to make tools (especially squares) from just to save a few pence at the manufacturing stage.

Checked and it still seems almost perfectly Square. However there are a few bits of residue on the top of the blade. Any suggestions on how to clean this and the rest of the square without impacting performance would be greatly appreciated. 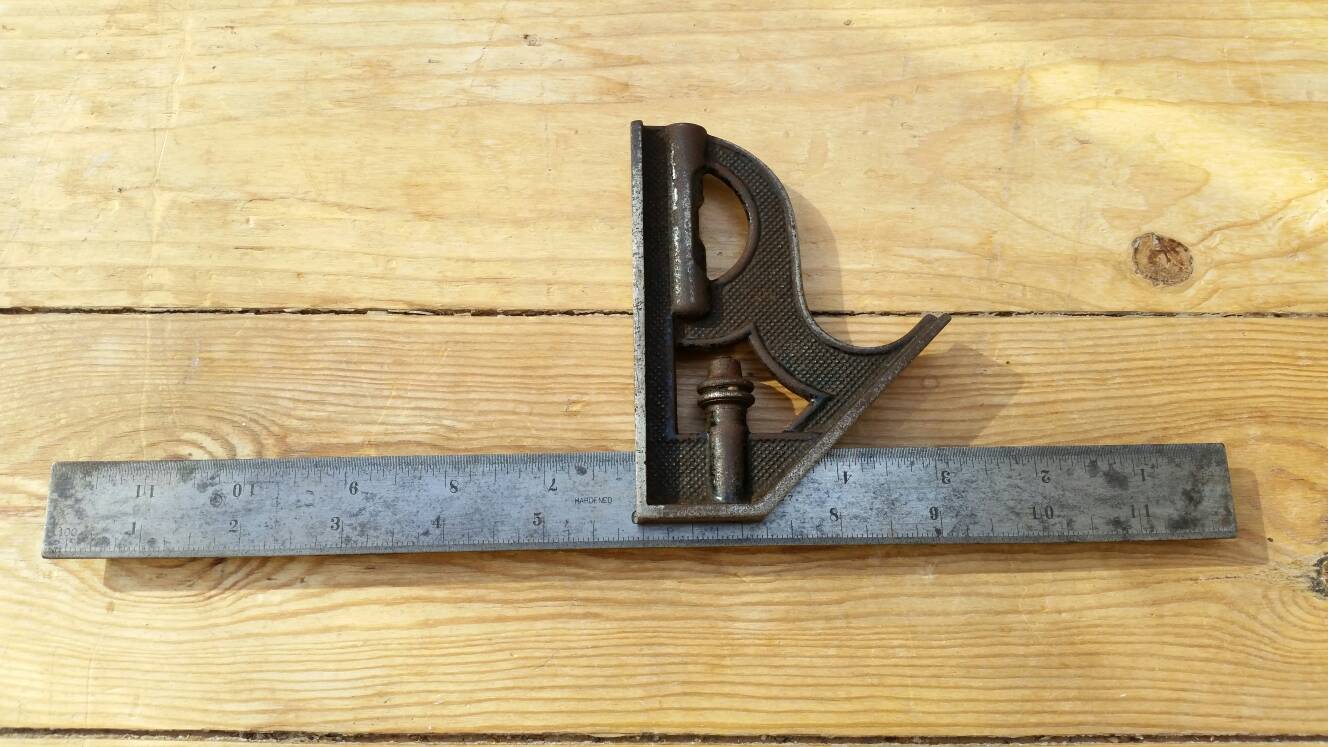 Sent from my SM-G900F using Tapatalk
Bm101 likes this

Sawdust=manglitter wrote:...more often than not (or atleast I find) you get what you pay for.

I don't think that's true. It is more than likely true for this type of thing specifically, but broadly covering all tools there are so many bargains that are PDG that it just cuts the legs out from under the old adage. But to be fair everyone has their own way of defining value for money and when you're paying for perfect, or beauty, or straight-from-the-box performance then you are getting something concrete for your dosh.

E-wan wrote:Any suggestions on how to clean this and the rest of the square without impacting performance would be greatly appreciated.

For the rule one of the gentler rust removers (not an acid) would be good if you want to be very cautious. But a brief soak in any of the weaker acids won't etch the steel that you'd notice and will weaken the grip of the rust significantly (I find even a couple of hours in tired vinegar that I've used many times previously makes a difference), and after scrubbing with an old toothbrush I'd use steel wool. If you want to scour and give rust protection in one go after drying off use steel wool lubricated with WD-40 or baby oil. Steel wool has a different action to non-woven nylon abrasives and I think it's much better if you want to be very careful of the surface.

Electrolysis could work well, but you don't know if it'll float off the ink/paint in the markings. That can be restored but obviously you'd prefer not to have to!

Not sure about the stock though, I don't know if immersion in liquids has a negative effect on the bubble. So maybe careful sanding of the reference surfaces (paper flat on a hard surface) followed by a thorough oiling might be the best course of action.
"There is possibly more mystique in finishing than in any of the woodworking skills, and with (arguably) less good reason."
Aidan Walker

After overnight (or longer) leave to drain on old newspapers, then a GENTLE rub up with a worn green plastic kitchen pot scourer. Then let's see what it looks like before "we" go any further - IMO this really is a case of "gently, gently catchee monkey"!

And a good look at the lock nut, spring, and washer while you're at it would be a good idea too - not too much needed there probably apart from a good soak/clean (overnight) then light re-lube with 3 in 1 or similar.

E-wan wrote:I just picked up this Starrett combination Square for under a tenner on eBay

Checked and it still seems almost perfectly Square. However there are a few bits of residue on the top of the blade. Any suggestions on how to clean this and the rest of the square without impacting performance would be greatly appreciated.

I understand that there is a way of recalibrating certain combination squares where the lugs in the head stock are ground with needle files or similar but I have not done so myself. If it were me I’d establish a strategy for correcting its squareness to within acceptable tolerances (basically so square that I can’t see or measure the deviation) before I thought about spending the time and money on addressing anything else more cosmetic.

My 12” Starrett combi is probably my used tool so I appreciate their usefulness and hope you experience the same. Fingers crossed you can get this tool sorted. 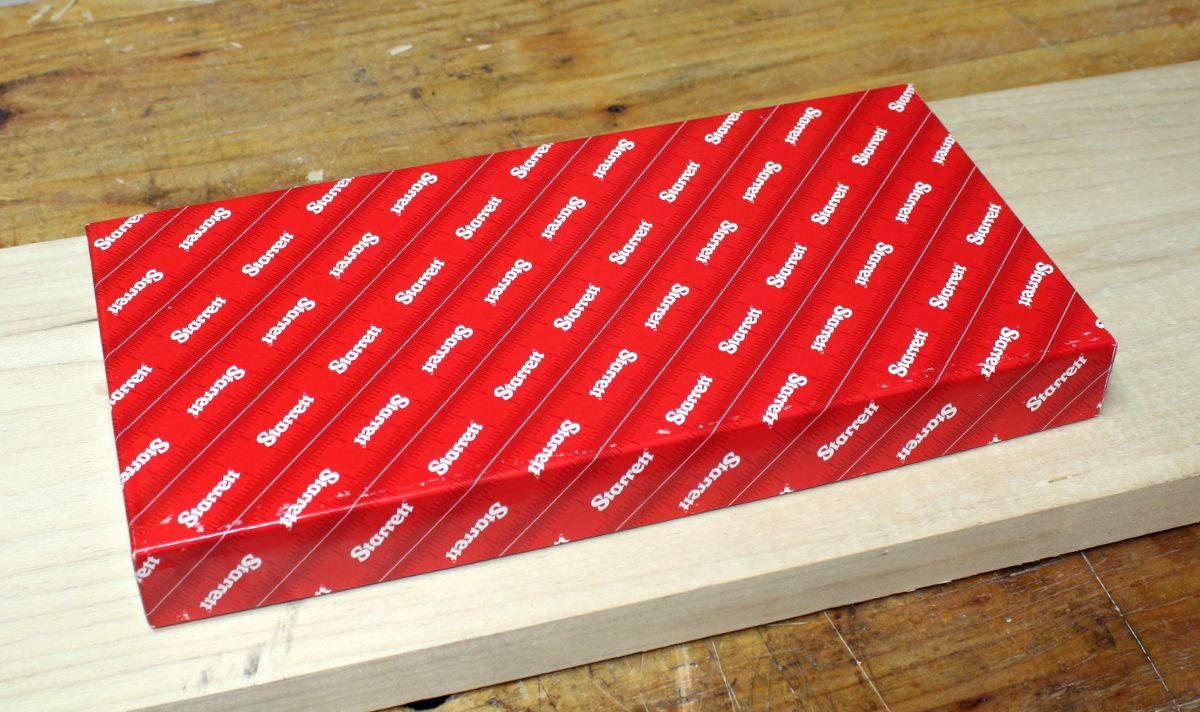 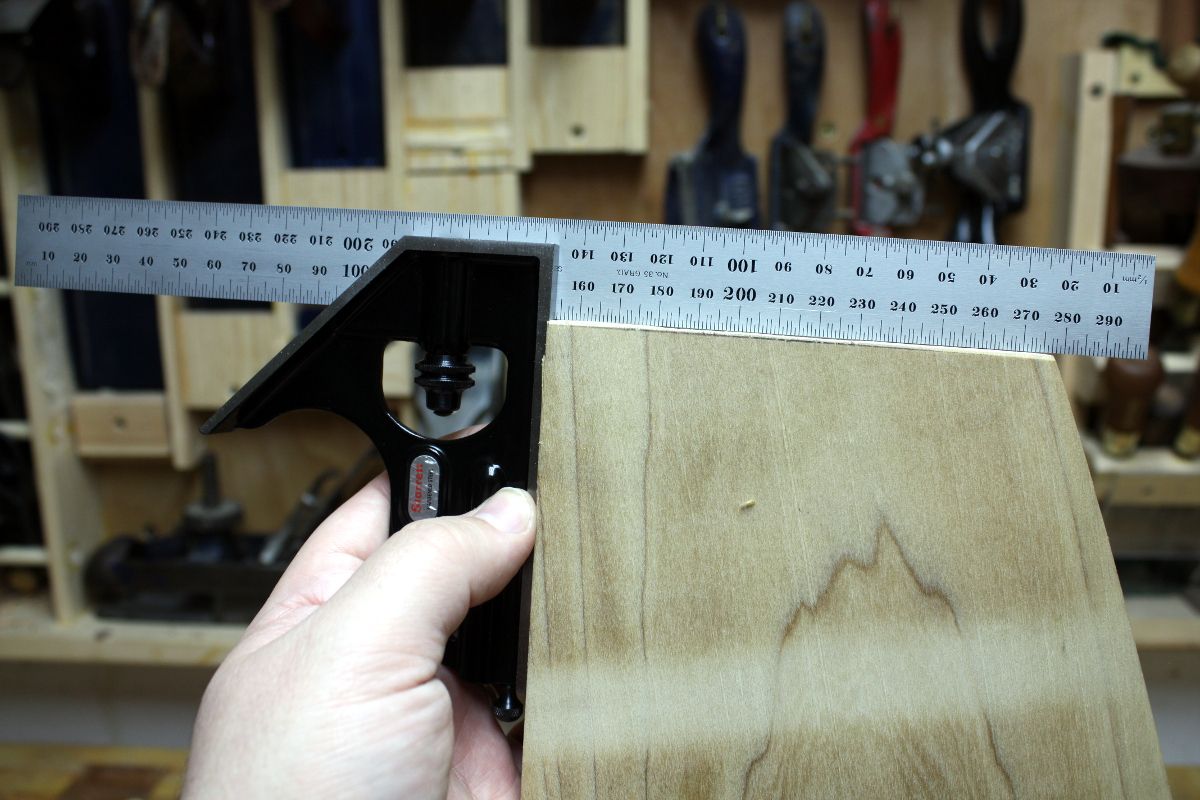 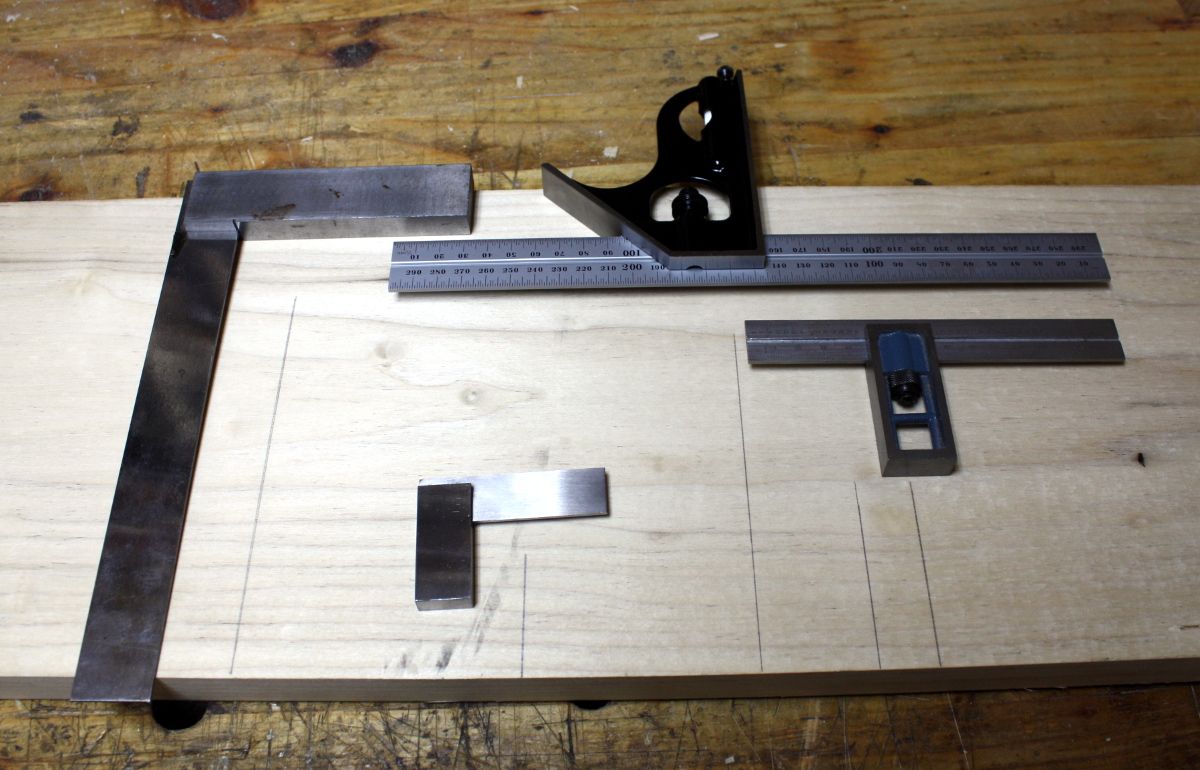 It's now officially my squarest square

And yes, I will be crying for a while at the €150 it cost. A long while. But pineapple it, it's sooooo shiny...
Sideways likes this

Don't get sucked into the idea that only certain brands produce decent tools. I have a couple of no-name combination squares, one of which I bought in a shop, and the other I got from a workshop clearance. The only thing I am interested in with a square is whether or not it is square. They both are, and I checked them in seconds before I acquired them. It's that simple. If you can find a square that is 90 degrees and costs 99p, then buy that. The expensive ones are more expensive because they take the trouble to make more of them within shouting distance of 90 degrees than the cheap manufacturers do........but if you find an accurate cheap one then it is every bit as useful a tool as if you had paid hundreds of pounds for it.

I don't use combination squares for measuring (well, not using the scale, anyway). I use them for transferring measurements, and obtaining measurements, but without knowing what that means in terms of mm. It is therefore of no interest to me what the scales are like. The only thing apart from the squareness of the 90 degree angle that is critical is the squareness of the end of the rule, because of its use a depth and distance gauge and a scribing/ marking gauge. If you use them differently, then of course only choose from those with a suitable scale inscribed......but again, you don't need to go to the expensive brands. Whatever you buy, don't buy it without first checking whether or not it is square.
AndyT, MarkDennehy likes this
Acquire skills, not tools.

By transatlantic - 04 Sep 2018, 09:45
- 04 Sep 2018, 09:45 #1239746
To be honest, that thing looks cheap for what I would expect from Starret. I would have expected a nicely engraved logo, ...not a sticker. The rule looks good, but the body looks like something from a cheap hardware store
MarkDennehy likes this
"If it's less than an eighth, it's unmeasurable" - The English Woodworker

AES wrote:Yup, they're loverlee aren't they! Just as a matter of interest, where (country) was yours made?

I'm not sure, there's no country of origin marked on it. I mean, I'd assumed the US because I thought Starrett was an American company but I guess these days that doesn't really follow.

MikeG. wrote:Frankly, I am astonished that someone with a seemingly well equipped workshop doesn't already have this indispensable tool.

A few engineering try squares, a double square from Moore&Wright, a framing square for large rough work and a speed square for work in the timber yard. Plus not being a professional helps enormously. I'd say I was getting by, but I think it'd be more fair to say I was muddling through - and when you can't cut to a line, if that line's at 89.9 degrees it's not the worst of your problems

Also, dropping a large chunk of change on a tool when you need some experience to see what it is that the money is paying for is... well, remarkably painful as a bar to overcome when you're starting out. You wind up finding ways round things, then those workarounds become habits and then bad habits and then ruts and... well, it takes effort to break out of those

If you can find a square that is 90 degrees and costs 99p, then buy that.

Well, obviously, but that's an If. And on this side of the Irish sea, you don't really have second hand sales that include tools, for various historical reasons (mainly relating to the cabinetmaking industry either dying out here in the 19th century or being quite small). I mean, I've seen the odd wooden plane, but it's usually been remade into a flower pot twenty years ago, and I've never been able to find a chisel yet.

transatlantic wrote:To be honest, that thing looks cheap for what I would expect from Starret. I would have expected a nicely engraved logo, ...not a sticker. The rule looks good, but the body looks like something from a cheap hardware store

I think that's more the photo to be fair, it doesn't look cheap in the hand. It's forged steel rather than cast iron, so it's got a smoother finish to it which I'm not used to myself, but the thing is just so very, very solid.

And yes, the sticker is quite annoying. It's not even properly adhered, it's off by a degree or so which is ironic.

My combination square is a franken-square - the rule was a decent steel rule, but came with a horrible cheap stock with some sort of cast alloy screws. The screw is a brass one from a cheap all ali square from Screwfix. The stock is the only good bit, an old one that was lacking all the other bits. To my great surprise they all went together - a genuine "combination" square !

But now the OP has made his purchase, perhaps it is OK for me to risk diverting the thread a bit ...

custard wrote:This type of protractor uses a magnified vernier scale that's accurate to slightly better than a tenth of a degree,
Protractors-03.jpg

Astonishing though it sounds, sometimes even that isn't quite good enough. You can still sometimes see a cigarette paper sized gap at one end of a really wide mitre. Ideally I'd like a tool setting device that measures to about half that, but I've never found anything remotely affordable.

How do you get wood stable enough not to open up a cigarette paper wide gap in a wide mitre ? (I don't know how wide, I suppose). It seems to me a flaw of big mitres, they are only 45 degrees at one humidity level. In damp conditions the wood swells perpendicular to the grain and a gap opens at the outside of the mitre. In dry conditions, the gap is at the inside of the mitre. I can see this clearly on some (bought) picture frames at home, admittedly they are on the mantle piece over the woodburner ...
MarkDennehy likes this